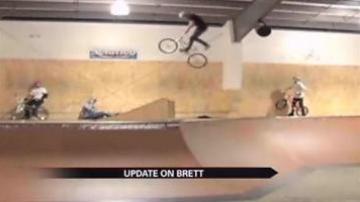 MICHIANA -- We have good news coming from the Banasiewicz camp.

This update was posted on The Kitchen's BMX Skate Park's Facebook page Sunday.

His mom says Brett's respiratory congestion is clearing and he's continuing to progress with movement.

She says they'll have the final info on his rehab center on Tuesday and hopefully move to it by the end of next week.

Brett crashed several weeks ago while practicing in Virginia.