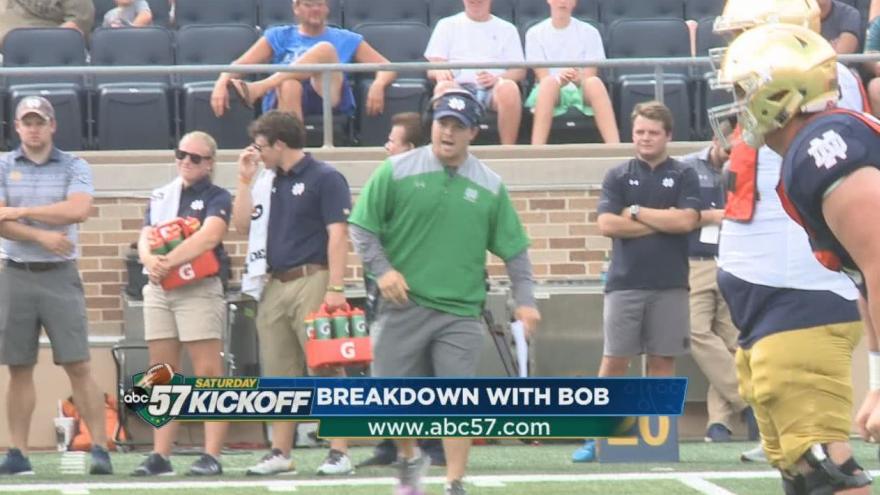 Sportscaster Bob Nagle breaks down what has changed from last season to this season.

Heading into the 2017 football season, there were questions about how the Irish would rebound from last season's 4-8 record.

Head Coach Brian Kelly was in the hot seat.

Many thought he had to win at least eight games this season to remain as head coach.

With nine wins in hand, that issue seems to have been resolved.

Much of the difference has to do with the work done in the off-season regarding the coaching staff.

The main reason they were able to be successful was Matt Balis the strength and conditioning coach and the dedicated workouts in the winter months.

The tide had turned by the time spring drills began.

Watch the video above for the full Breakdown with Bob.