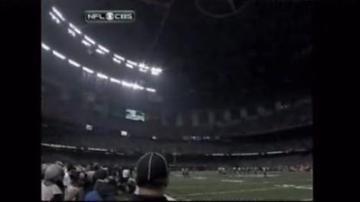 NEW ORLEANS —  New Orleans power supplier Entergy said a piece of equipment sensed an abnormality during Sunday's third quarter that opened a breaker which cut power to the Superdome.

While social media was quick to blame the halftime show featuring Beyonce, the NFL said the show had nothing to do with the problem.

"There's no indication at all this was caused by halftime show. Absolutely none. So I know that's been out there to say that Beyonce's half-time show had something to do with it, but that is not the case from anything we have at this point," said Roger Goode, NFL commissioner.

Superdome officials said the stadium actually used less energy than it uses for a Saints game, because of all the generators brought in for the event.

The Baltimore Ravens won the game 34 to 31 over the San Francisco 49ers.