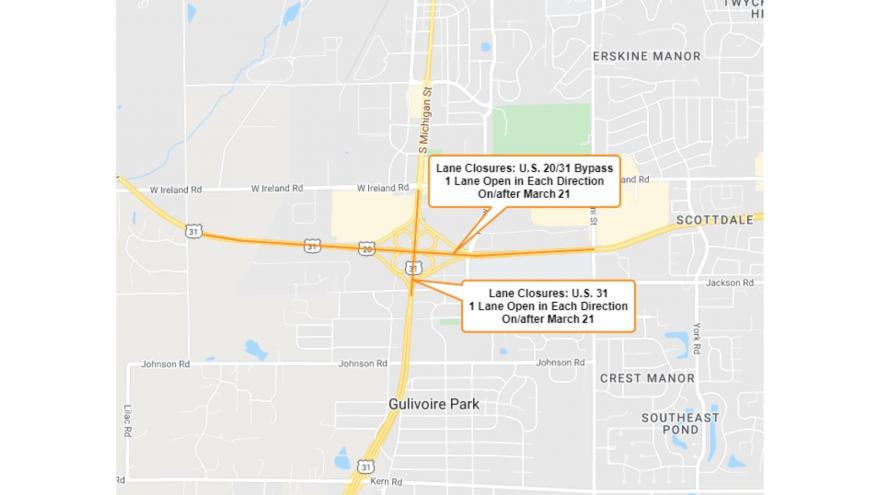 ST. JOSEPH COUNTY, Ind. – The bridge work on U.S. 20 over U.S. 31 is now expected to begin on or after March 21, the Indiana Department of Transportation announced.

The work, originally scheduled to begin March 14, was pushed back due to asphalt plant opening schedules.

Starting March 21, the inside left lanes of the U.S. 20/31 bypass will be closed in both directions as crews build crossovers to use for future phases of the project.

Traffic will use the outside right lanes for about three weeks.

The inside left lanes of U.S. 31 underneath the bypass will also be closed.

After the crossovers are built, traffic on U.S. 20 will use the existing westbound bridge and lanes for two-way traffic during the first phase of construction.

During phase two, two-way traffic on U.S. 20 will use the newly constructed eastbound bridge and lanes.

U.S. 31 will be down to one lane in each direction during the entire project.

The project is expected to continue through early December.