Britain's Prime Minister May to visit Trump in Washington 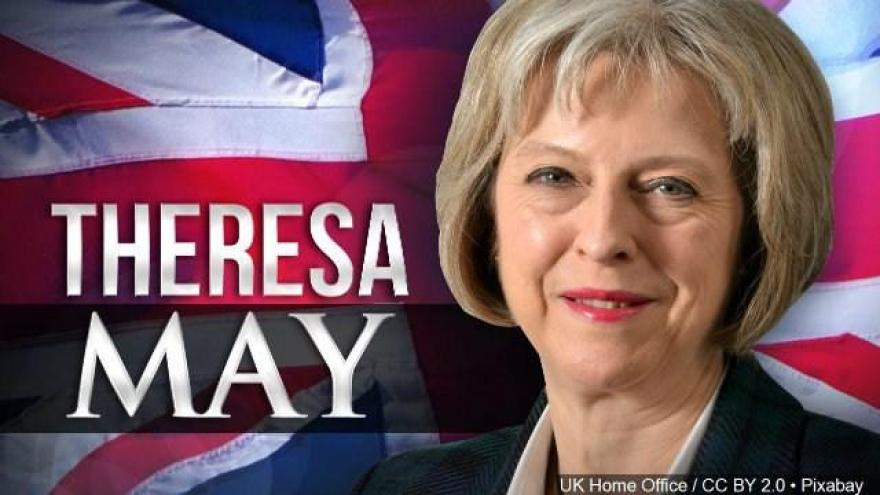 LONDON (CNN) -- British Prime Minister Theresa May has said she will visit US President Donald Trump in Washington on Friday, likely making her the first foreign leader to meet with the newly inaugurated president.

Speaking in a televised interview with the BBC's Andrew Marr, May said she would discuss the countries' future trade relations, the importance of the North Atlantic Treaty Organization (NATO) and the Syrian conflict.

"What I think is important is that when I sit down, I will talk about how I can build on this special relationship. He has already said to me that he wants to see a very strong relationship between the US and the UK in the future," May said.

But she also said that she "won't be afraid" to tell Trump if he says or does anything she feels is "unacceptable."

May on Tuesday made clear that Britain would not remain part of the European Union's single market when the country officially pulls out of the regional bloc and expressed hope for an improvement in trade with nations outside the EU.

The EU single market is essentially a free-trade zone allowing the free movement of people, goods, services and capital.

Britain voted to withdraw from the union in its "Brexit" referendum in June last year, raising concerns over whether Britain's economy will prosper outside the single market.

The US is already Britain's second-largest trading partner by country, after Germany.

On defense, Trump recently criticized NATO as "obsolete," and his election has raised concerns about the alliance's future.

NATO is a military and political alliance that bridges European nations and the United States. Russia sees the alliance as a threat to its position in the region.

Trump has signaled that he wants to see a major shift in US-Russia relations in his presidency. A closer relationship between the old Cold War foes could have a significant impact on world events.

On the Syria conflict, for example, the two powers stood fiercely on opposing sides at UN discussions, the Russians backing Syrian President Bashar al-Assad's regime while the US opposed him.