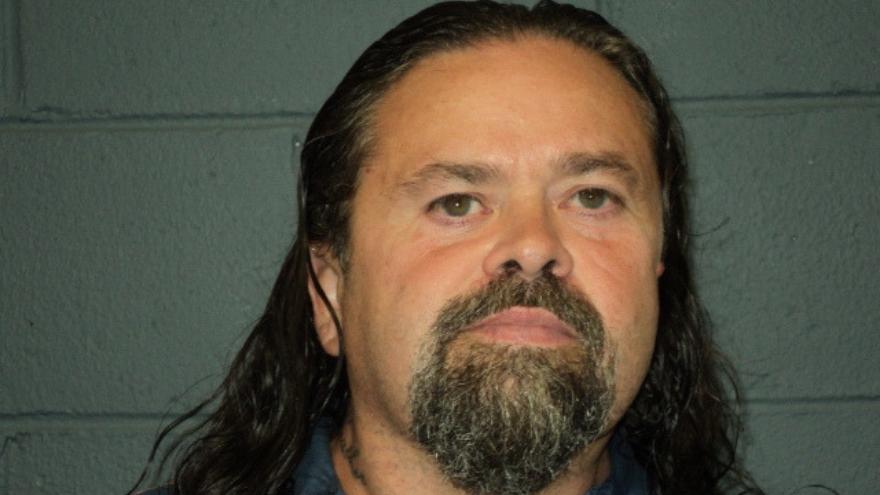 Past mugshot for Dub Alan Collins

Dub Alan Collins, 54, has been charged with the following:

According to the Berrien County Prosecutor’s Office, on August 2 around noon, Collins allegedly drove a 2007 Ford Fusion westbound on Miller Road from Red Bud Trail at high speeds and disregarded a stop sign at Miller Road and Main Street.

A 2000 Honda Accord was traveling southbound on Main St. with the right-of-way and was struck by the Fusion on the driver’s side, reports said.

Robert Klint, 66, of Sawyer, the driver of the Accord, and passengers Kent Williamson, 53 of Ruckersville, Virgina, Melissa Klint, 60 and Landyn Klint, 22, both of Sawyer, all died at the scene.

Collins, his 38-year-old wife and a front seat passenger, were all injured and taken to a hospital in South Bend.

Evidence taken from the scene suggests that Collins was driving while intoxicated, according to the prosecutor’s office.

Collins’ blood test results have not been released.

The prosecutor’s office is also alleging that Collins was driving with a suspended license at the time of the crash.

Collins’ alleged intoxication, excessive speed and disregard for a stop sign "knowingly created a very high risk of death of great bodily harm, knowing that death or such harm would be the likely result of his actions,” the prosecutor’s office said in explaining why the 2nd degree murder charge is being applied.

Collins is currently in custody at the Michigan Department of Corrections and will be transported to Berrien County following his arraignment.