Burglar located after police follow shoeprints in the snow 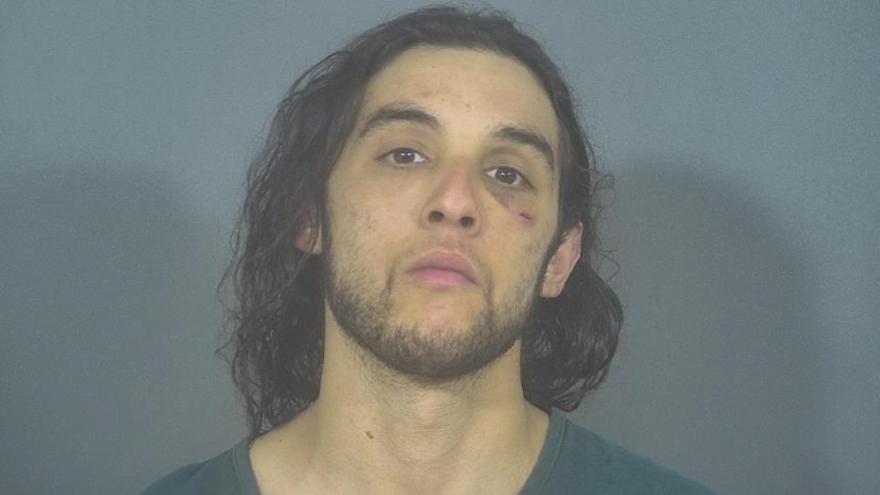 SOUTH BEND, Ind. -- A 25-year-old man has been charged in connection with a burglary at a local restaurant. Court records show footprints in the snow led them to the suspect.

Jose Tirado, 25, has been charged with one count of burglary.

South Bend Police were dispatched to the Volcano Restaurant on Lincolnway West just before midnight on Saturday for an alarm activation.

Inside, officers saw a cash register had been thrown to the ground.

The fake $100 bills all had the same serial number on them, reports said.

Additional officers who responded to the scene followed the shoe prints in the snow to the front door of the Candlewood Suites, reports said.

Officers viewed the surveillance video from the hotel and saw a man at approximately 11:51 p.m. with a gray metal box leave the west-end door of the building, according to the probable cause affidavit.

The officers followed the footprints from the west-end door to some bushes where they found the gray box, reports said.

Officers then followed footprints from the bushes to the front door of the Quality Inn hotel.

They recognized the man as the same one on the surveillance video, according to the probable cause affidavit.

Tirado initially denied taking anything from the restaurant, but later admitted to breaking the window, entering the business and taking the register, according to the probable cause affidavit.

UPDATE: In September of 2021, Tirado pleaded guilty to one count of burglary as part of a plea agreement. Tirado was sentenced to three years served as a direct commitment to St. Joseph County Community Corrections.