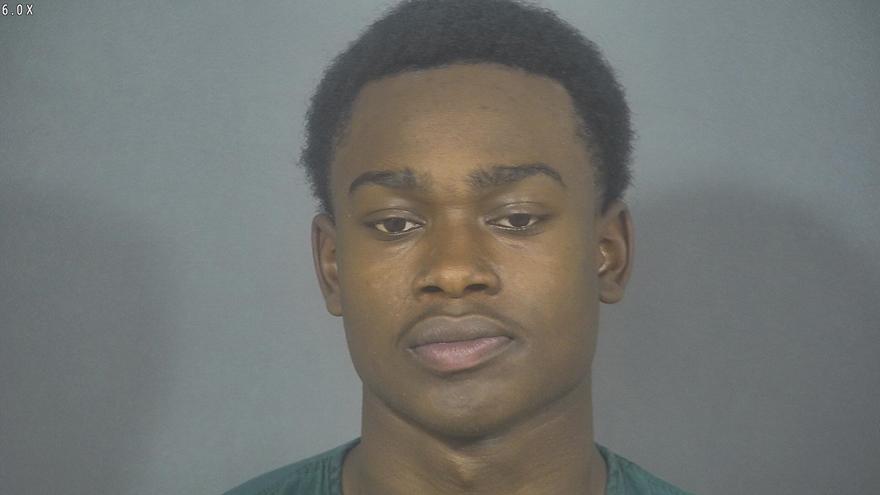 A burglary suspect was arrested after police found him in possession of credit cards and candy from the victim's home, according to court records.

South Bend Police were called to the 1200 block of Dennis Drive on November 14 for reports of a suspicious vehicle.

When they arrived, they saw a man wearing a white backpack standing near the corner of a home. When he saw officers, he disappeared from view, according to police.

Officers ran to the back of the home and discovered the rear door had been kicked in. They also found the contents of a purse scattered on the ground along with a TV and other items on the sidewalk, according to the probable cause affidavit.

Police pursued the three individuals and they were all detained a block away, reports said.

One of the men was identified as 18-year-old Jayquan Eugene Franklin, who was in possession of two credit cards with the victim's name on them, and candy, according to reports.

Franklin said the credit cards belonged to his aunt, but the victim is not related to Franklin, according to reports.

Shoe prints on the door were consistent with one of the juveniles who was detained. A shoe print on the victim's TV was consistent with the other juvenile's shoes, reports said.

Both juveniles had jewelry taken from the burglarized home, and all three had candy from the victim's candy bucket in the kitchen, reports said.

Franklin told police he found the cards on the curb and the candy was from his home, reports said.

A neighbor's camera captured Franklin and the two juveniles arriving in what was later determined to be a stolen vehicle "casing" the house and disappearing into the back yard, according to the probable cause affidavit.

Franklin has been charged with one count of burglary.