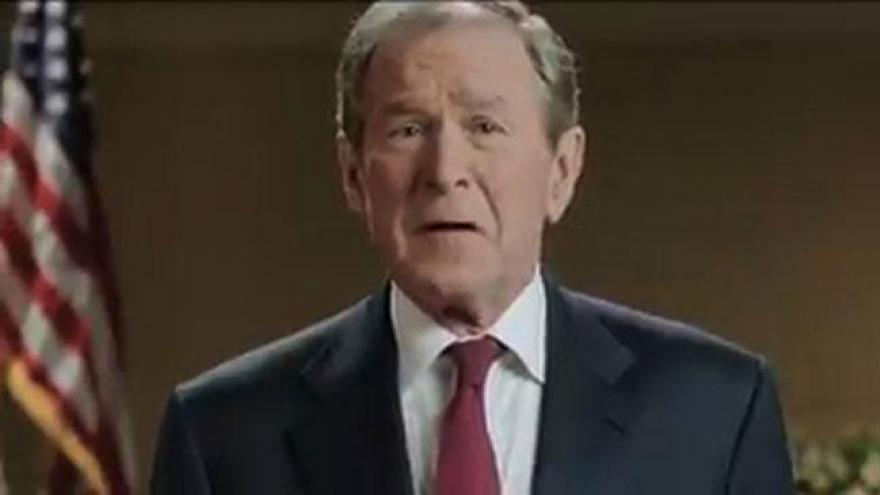 Bush said "we all need answers" regarding an investigation into reported ties between the Trump presidential campaign and the Russian government. But the former president stopped short of calling for a special prosecutor, saying instead that if Senate Intelligence Committee Chairman Richard Burr made the recommendation, "it would have a lot more credibility with me."

Bush was interviewed on NBC's "Today" show Monday, and was asked a series of questions about the performance of current President Donald Trump -- although, as Bush noted, "there's only been one month in office."

"You have to take the man for his word that he wants to unify the country," Bush said. "We'll see if he's able to do so."

Asked specifically about a pending investigation into the Trump administration and Russia, Bush was circumspect, saying, "You're talking to the wrong guy."

"I've never been a lawyer, I'm not sure the right avenue to take," he said.

But Bush added that he has "great faith" in Burr, whose committee has taken the lead on the investigation.

"He's the head of the Intelligence Committee, a really good and independent thinker," Bush said. "If he recommended a special prosecutor, it would have a lot more credibility with me. I am sure, though, that that question needs to be answered."

The former president also gave a pointed answer when asked about Trump's controversial travel ban, an updated version of which is expected this week.

"I'm for an immigration policy that's welcoming and upholds the law," Bush said when he asked if he supported Trump's policies.

But Bush sounded supportive of a more aggressive counterterrorism policy in the Middle East, saying "it's very hard to fight the war on terrorism if we're in retreat."

"If the United States decides to pull out before a free society emerges, it's going to be hard to defeat them," Bush said. "The enemy is very good about exploiting weakness."

Bush also offered a defense of the press when asked about his relationship with the media during his administration. In response to a question about Trump labeling the media "the enemy of the people," Bush answered, "I considered the media to be indispensable to democracy."

"Power can be very addictive, and it can be corrosive" Bush said. "And it's important for the media to call to account people who abuse power."

"One of the things I spent a lot of time doing, trying to convince a person like Vladimir Putin, for example, to accept the notion of an independent press," he said. "And it's kind of hard to tell others to have an independent, free press if we're not willing to have one ourselves."