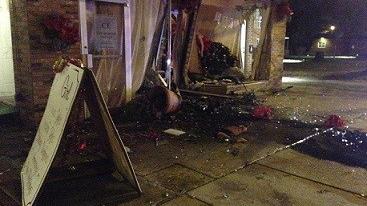 Girly Girl Gifts suffered most of the damage.

The driver was not injured in the crash.

He told police he fell asleep.

Officers at the scene say he was driving really fast, but don't believe alcohol was involved.
Share this article: