Car on fire closes southbound I-65 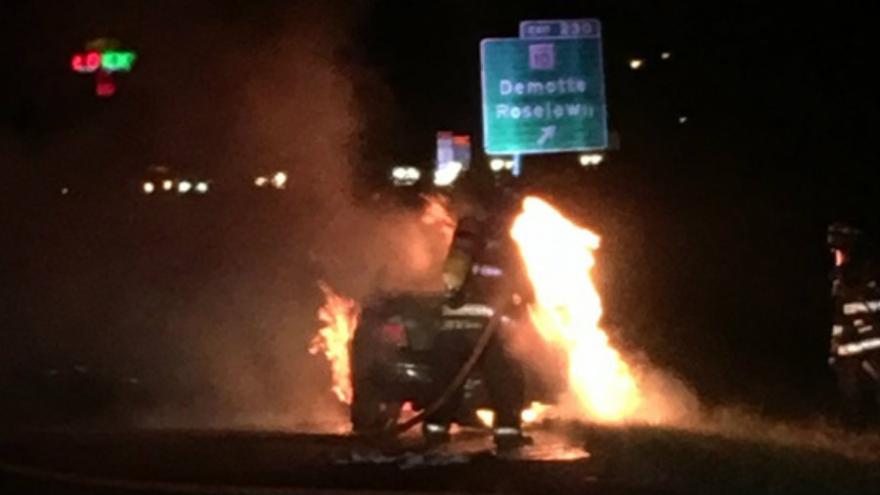 JASPER COUNTY, Ind. – A car fire in the southbound lane of I-65 near the Demotte exit, blocked traffic for more than an hour Monday morning.

According to Indiana State Police, troopers arrived on the scene at approximately 9:58 p.m. to find a 2001 Volkswagon Jetta fully engulfed in flames on the shoulder of the roadway.

The driver of the vehicle, 35-year-old Hector Jasso Olmedo of Indianapolis, told the trooper he had smelled something burning and noticed smoke in the car, coming from near the gas and brake pedals. This is when the driver said he pulled the car over and escaped with his three other passengers before the car went up in flames.

The Jetta is said to be a total loss.