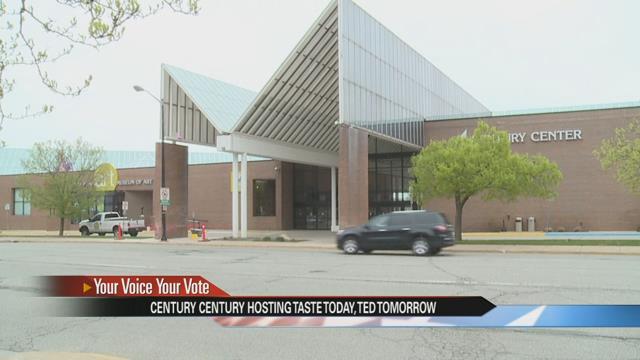 Campaigns are continuing to come through northwest Indiana as the state nears its primary.

Thursday, Ted Cruz will hold a rally at the Century Center in South Bend.

Employees there say are used to a quick setup, planning this campaign stop has been a bit of a whirlwind.

“We got the call from the campaign, from Cruz’s campaign on Saturday,” Leanna Belew, Century Center  general manager said.

Belew and her staff made the request for space a reality.

“Century Center has a great staff, we just don’t have a lot of staff, so one of the challenges for that is just getting the work flipped in time for them to come in,” Belew said.

The rally begins early Thursday evening, less than 24 hours after Taste of Michiana.

“The national focus that will be on us is just really exciting,” Director of Sales and Marketing Crista Thompson said.

Thompson is the director of sales and marketing for the century center, and she’s already using Cruz’s visit as a selling point.

She hopes any and all candidates will visit.

“We’ve reached out to some of the other parties and let them know that we are available in case they want the same attention that Ted Cruz will have when he’s here,” Thompson said.

Cruz’s event is an open public rally, and parking will be free.