Charges filed against man accused of stealing car with toddler inside 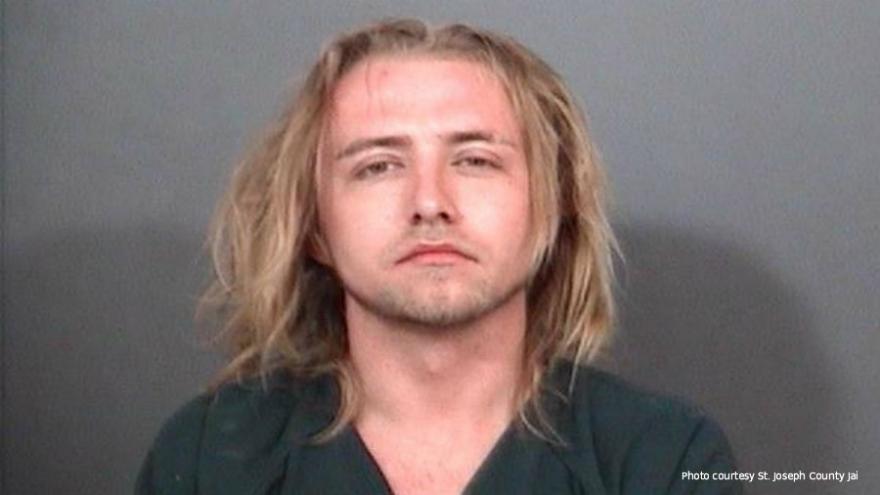 SOUTH BEND, Ind. -- The man accused of stealing a car with a 3-year-old in the back seat Tuesday afternoon has been formally charged.

James Michael Brown has been charged with criminal confinement and auto theft.

The victim told police she went to a gas station on Western Avenue around 4:45 p.m. Tuesday, April 17, in her 1996 Honda Accord.

She left her keys in the ignition and her 3-year-old son in the back seat while she went inside the store, reports said.

While inside, a man wearing a leather jacket and bright orange sweatshirt got into the car and drove away with the victim's son inside, according to the probable cause affidavit.

When the victim came out of the store she saw her car driving away and called police.

Approximately 45 minutes later, an officer spotted the Honda in the area of Mayflower and Sample.

The vehicle pulled into a business and the suspect went inside.

Several officers went into the store looking for the suspect while another officer recovered the child from the vehicle, reports said.

While inside the store, Brown took off his jacket and attempted to leave through a back exit, but was met by a K9 officer. He walked to the front of the store and was taken into custody, according to the probable cause affidavit.

Brown was combative and refused to get into the squad car. Officers believed he was under the influence of a narcotic, so they took him to the hospital to be evaluated.

Once released from the hospital, Brown was taken to the St. Joseph County Jail.

The following day, Brown was interviewed.

Brown told the officer he had taken methamphetamine the day before, but was forced to take it against his will, reports said.

Brown said he did not remember what happened, reports said.