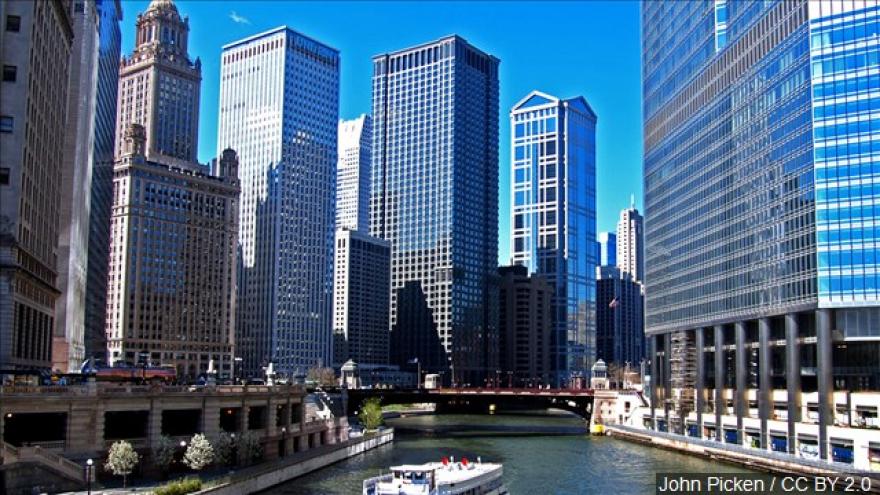 CHICAGO (AP) — A fire department diver looking for a man who fell off a boat into the Chicago River on Monday night was separated from his partner underwater and was killed.

The Chicago Fire Department said that its "prayers go out to the family of Firefighter Juan Bucio." It said on Twitter that Bucio "tragically passed away answering a call of a person in the water."

The man fell off the boat around 8 p.m. Monday, police said. Bucio was killed and two other divers were injured while searching for the man in the river, which flows through downtown Chicago.

Bucio was in the water with a dive partner when the partner lost contact with him, fire Commissioner Jose Santiago said.

"During the search, one of our divers became separated," he said. "Immediate search started with the backup divers."

Bucio was pulled from the water and later was pronounced dead at a hospital, Santiago said.

The man who fell off the boat hadn't been found as of early Tuesday. The two other divers were hospitalized briefly.

Bucio, who was 46 years old, joined the Chicago Fire Department in 2003 and became a member of its dive team in 2007. He had two children, sons ages 7 and 9. He also had nine siblings, including a brother at the fire department and a sister at the police department, Santiago said.

"Please," Santiago said, "keep this family in your prayers."