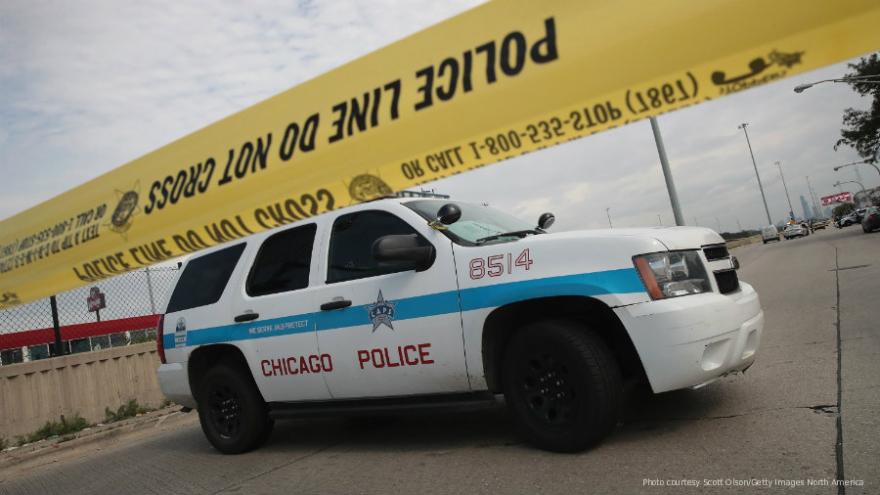 (CNN) -- Chicago saw nearly a 16% decline in murders in 2017 from the previous year, according to statistics released by police in the early hours of New Year's Day.

"I am proud of the progress our officers made in reducing gun violence all across the city in 2017, but none of us are satisfied," said Chicago Police Superintendent Eddie Johnson in a statement. "In 2018, we are going to work to build on the progress we made last year -- to reduce gun violence, to save lives and to find justice for victims."

Police also said that total citywide crime complaints had fallen by 2% and that they had made 27% more gun arrests in 2017.

Although the number of killings are down from 2016, the murders were still above most annual tallies in Chicago for the past decade. The number of yearly homicides in Chicago had hovered between 400 and just about 500, between 2007 and 2015.

Chicago also has been a frequent target of criticism for President Donald Trump, who has talked and tweeted about the failure to fight gun violence there.

In 2017, more than 1,100 new police officers were hired and the entire department was trained on a revised use of force policy, according to Chicago police. All officers on regular beat patrol wear body cameras. Johnson said in early December that certain investments, including technology, have helped police tackle crime.

That included the use of "strategic decision support centers" in neighborhoods that have struggled with violence, he said last month. The centers use predictive crime software that helps police commanders decide where to deploy officers. They also provide "additional cameras, gunshot detection systems, and mobile phones to officers in the field who receive real-time notifications and intelligence data at their fingertips," Chicago police say on its website.

The first two districts equipped with strategic decision support centers saw respectively a 43% and 26% reduction in shootings, according to police.

Despite its reputation, Chicago didn't have the nation's highest per-capita (murders per 100,000 people) homicide rate in 2015. Thirteen large cities -- population 250,000 or more -- had higher murder rates. Atlanta, Washington, Oakland, Memphis and Kansas City, for instance, all have higher violent crime rates. But Chicago's numerical murder rate has been higher than that of the country's two larger cities, Los Angeles and New York.

Johnson had said that his officers know there is more to do.