Chickens on the ballot in St. Joseph 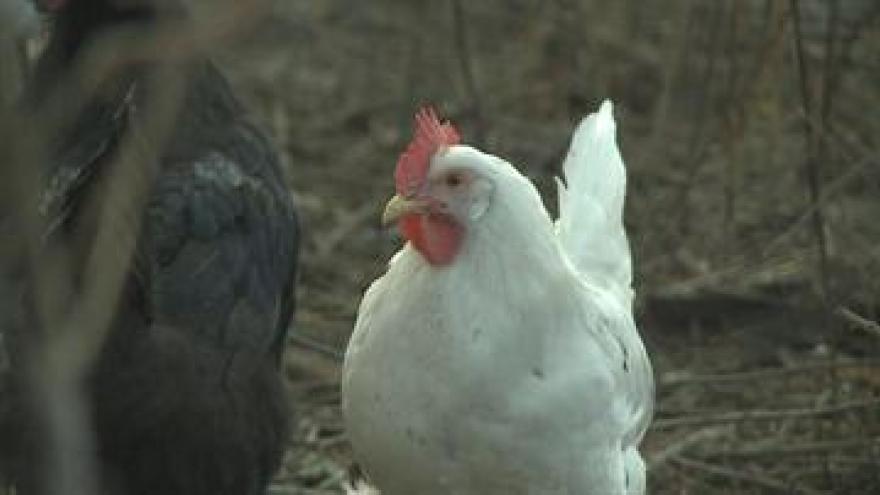 SAINT JOSEPH, Mich. - One of the most unusual decisions on the November 8th ballots is in St. Joseph. Voters will decide if chickens should be kept in the city limits. Back in August, the city’s commission approved an innovative proposed by a 14-year-old resident to change a city ordinance allowing four chickens to be kept on property in the city.

Passing the new ordinance would be a Audrey Drotos' dream come true. “To trek out in the rain and snow and cold to get 320 signatures, you've got to want it pretty bad,” she says. Drotos went through the political process and her proposal to raise chickens in the city is finally on the ballot.
Drotos says the reason she perused the initiative is because she cares about the treatment of animals and at least chickens fit in her back yard. “Well I like horses too but you could never get horses in the city,” she says. Not to mention Drotos says eating fresh eggs and meat is a healthier option
“The (eggs) you buy in the store sometimes it’s three weeks before you’re able to get them and they’re not as fresh anymore,” says Elizabeth Hettig. Hettig raises about 100 chickens. She lives in Bridgman but keeps the hens on her parents’ property outside the city limits.
Chickens aren’t allowed in Bridgman city limits and Hettig doesn't think any laws should change. “Out in the country is a good place for them,” she says.
Hettig says it’d be convenient to keep chickens so close to her house but she wouldn’t want her birds all cooped up. “With the noise and the possibilities of smells animals just belong where they can have more room,” she says.
Drotos doesn’t think smells and noise will be an issue with her proposal. “The roosters are the ones that wake you up in the morning and those aren’t allowed on our ordinance. Four hens isn’t going to smell they’re not going to make noise,” she says. Drotos can only hope now that voters agree.
Share this article: