Child dies in hospital after he was found unresponsive at daycare 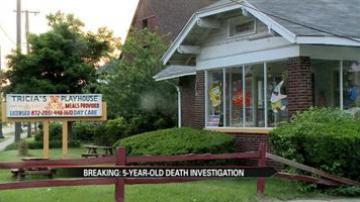 The 5-year-old died at a nearby hospital.

Family members say the daycare owner told them the young boy went own the slide head first, and slammed into a tree trunk.

The boy's family is upset, and said the owner of the daycare should face charges.

They believe some amount of neglect led up to this, but they also are concerned about the condition of the daycare center.

Tricia's Playhouse and Daycare is licensed by the state of Indiana as a home daycare. The license expires next year.

They have had one official citation from state daycare inspectors. Last year, inspectors said the owner did not provide recent employee drug test results.