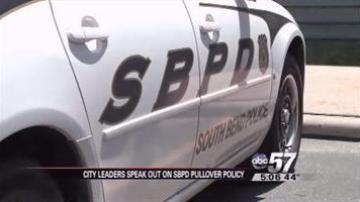 SOUTH BEND, Ind. -- The South Bend Police Department's new requirement to pull over at least one person over per shift has caused quite an uproar.

City leaders want people to know they won't have to worry as long as they follow the rules. Common Council President and Police Corporal Derek Dieter said the policies have been in place since Chief Boykins was in charge.

They added it's necessary because there aren't any cops dedicated to traffic and they won't just pull over random cars.

"Police aren't going to go over and stop a car just to stop a car if there's a violation, they'll stop a car if a citation is needed,” said Dieter. “Sometimes it may be a verbal warning, but there hasn't been just a blanket go stop cars."