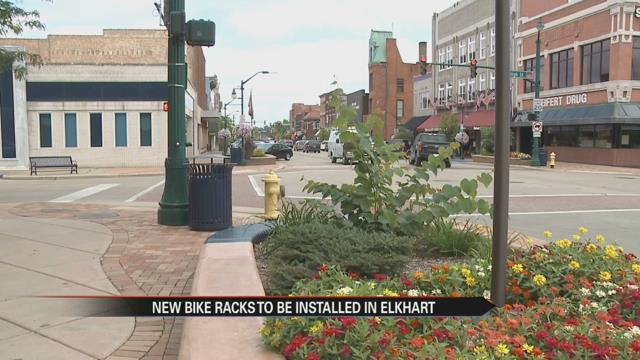 The City of Elkhart announced it will install 21 bike racks downtown along Main Street later this year.

The bike racks were donated by Bike Elkhart and individual members of Bike Elkhart, according to a press release from the city.

There will be two racks on the east and west sides of each block on Main Street from Jackson to the railroad crossing.

The racks will be painted midnight blue to match the existing furniture downtown.

The bike racks are part of the Downtown Activation Plan that includes flagpoles, large flower pots, a mural and sidewalk graphics, according to a release from the city.