City shuts down The Vine restaurant 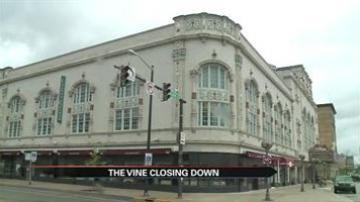 SOUTH BEND, Ind. -- A popular downtown South Bend restaurant was shut down by the city Friday morning because the owner hasn't paid rent in over six months, according to the city.

A letter was posted on the door of The Vine, on Colfax Avenue, notifying customers it was shut down.

"Last night the city took action to secure the assets that are within the space occupied by The Vine to protect the city and the taxpayers interest in back rent," said Chris Fielding, the Director of Business Development for the city of South Bend.

We tried to contact the owner by phone but were unable to reach her.

Sadly after 15 and a half years supporting downtown, the city has decided with no warning to close The Vine in South Bend. After a brutal winter we have fallen behind on rent. We are very disappointed that the city decided to handle this this way. Our Elkhart restaurant remains open.

We asked if the owners were given notice.

"We sent late notices, past due notices, mailings and we just had no contact," said Fielding.

As for the future of the space, the city says there are individuals already expressing interest.

"Certainly we will market the space, we will work with local brokers as everyone is aware it's the only restaurant space in downtown South Bend that is unoccupied," said Fielding.

The lease for The Vine was set to expire in June.