Colder in Michiana than Alaska 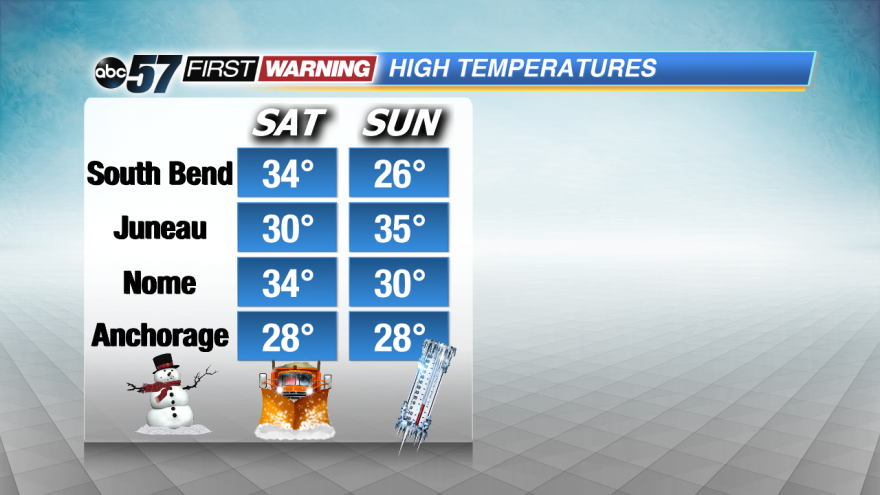 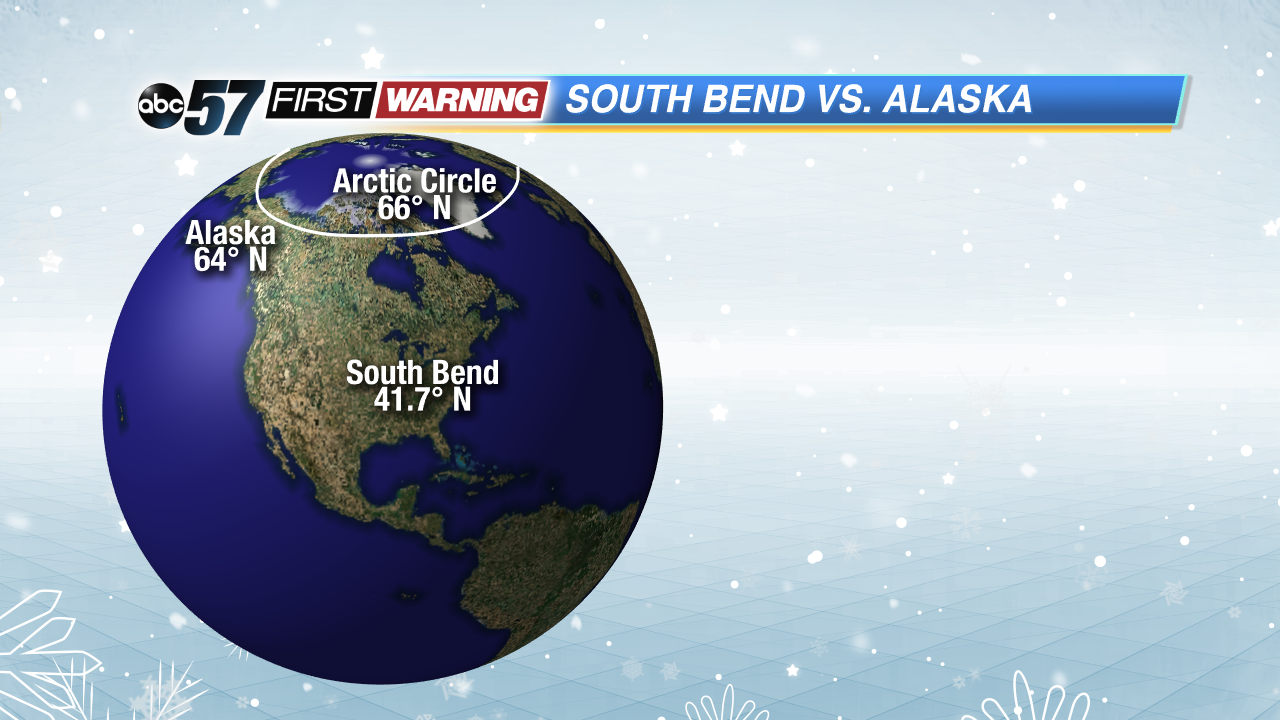 It's in Michiana than Alaska. Wait, what? Yes, over the next several days we will see temperatures that are comparable to what the coldest and northernmost state in the country is seeing. Alaska sits an at average latitude of roughly 64° N. Part of the state is inside the Arctic Circle that surrounds the North Pole. Meanwhile, South Bend has a latitude of roughly 41.7° N. Doing a little math will tell you that Alaska is more than 1,500 miles farther north than South Bend. Despite the obvious geographical differences, our temperatures will be colder than several cities in Alaska this weekend. 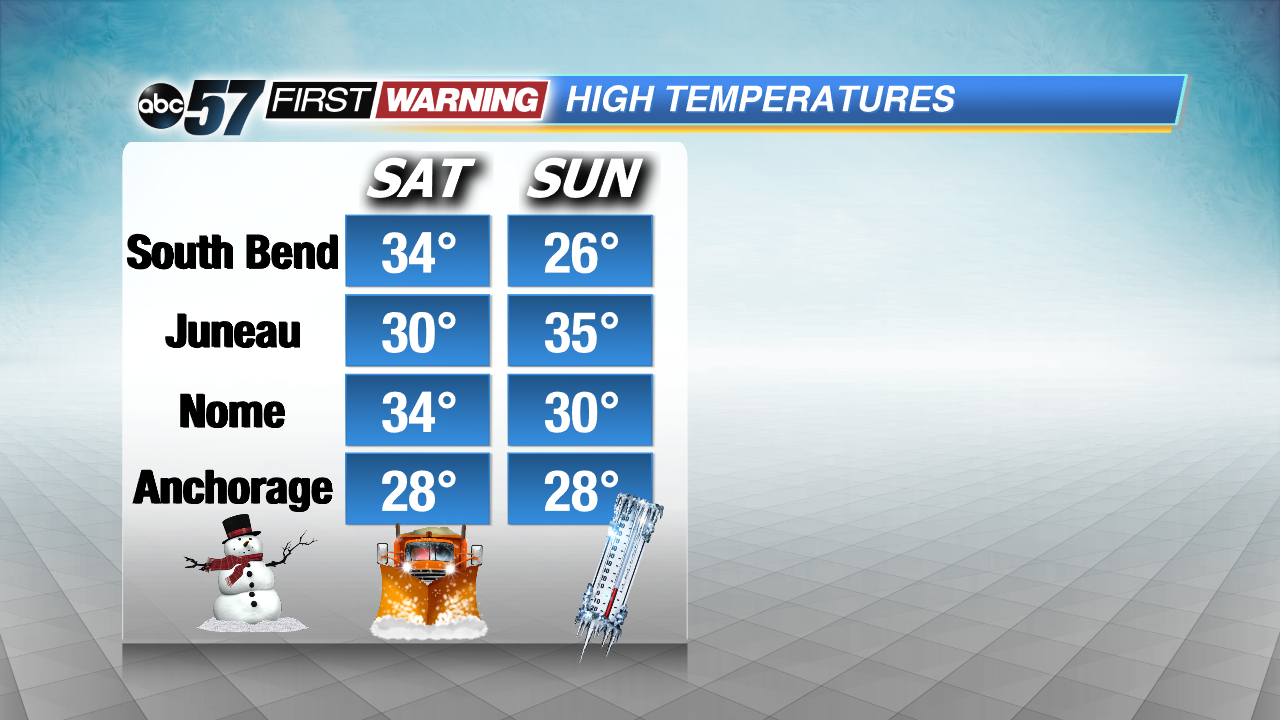 A few of the larger cities like Juneau, Nome and Anchorage will top out around 30° both Saturday and Sunday. As it looks now, South Bend will reach the lower 30s Saturday and middle 20s Sunday. This type of pattern is slightly unusual, but not completely unheard of by any means. The set up features a strong ridge -- warmer air -- across western Canada and Alaska. That translates into a deep trough -- cold air -- across the eastern half of the United States. As a result, Alaska sees above normal temperatures and Michiana drops below average. This type of pattern does occur during the winter every now and then. 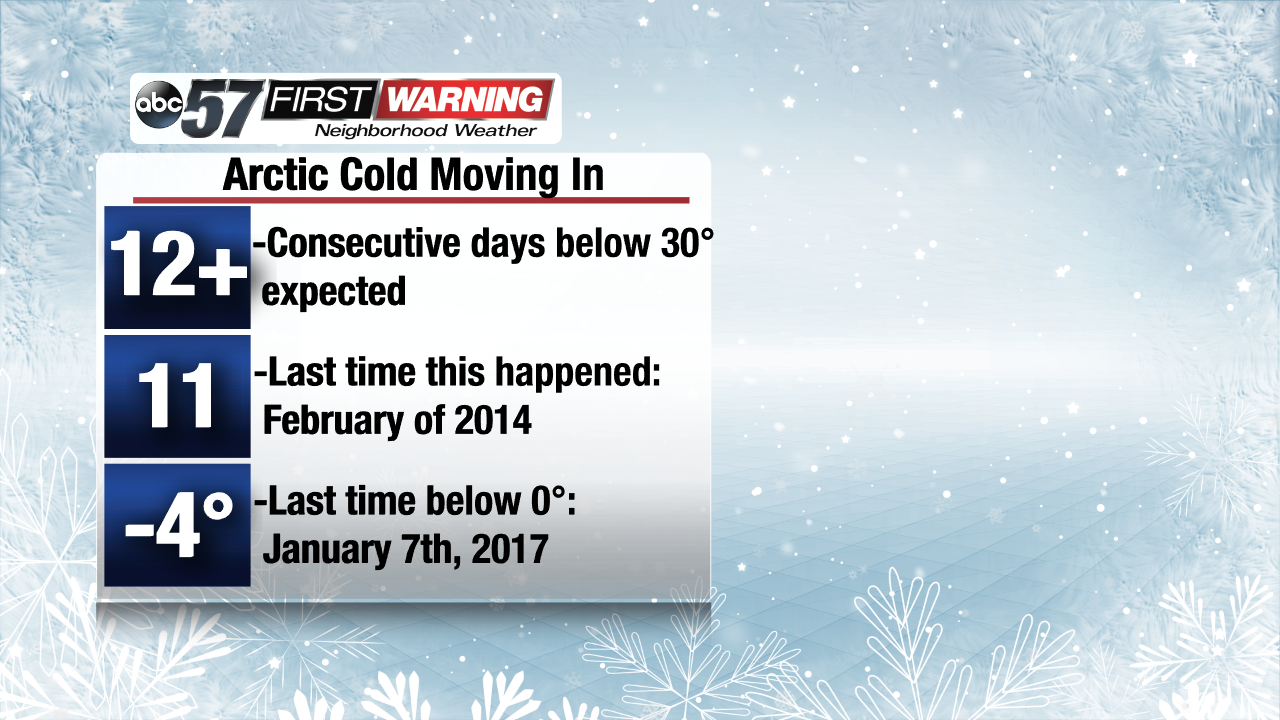 Speaking of cold air, we are set to see plenty of it over the next week to two weeks. In fact, the forecast currently calls for nine straight days below 30° beginning Christmas Eve. Looking beyond the next 10 days, though, forecast models show a strong signal for temperatures remaining below the 30-degree mark. For that reason, it is a safe assumption to say we are expecting at least twelve days in a row with temperatures remaining below 30°. The last time we saw at least ten straight days below 30° was February of 2014. Some of the days we may not eclipse 20° as truly arctic air settles in.

And, while no subzero temperatures are currently in the forecast, we will likely see some single digits. That would be good for the coldest temperatures since January when we saw temps drop below zero a couple of times. If you have adjusted to these milder temperatures, prepare for a big change!