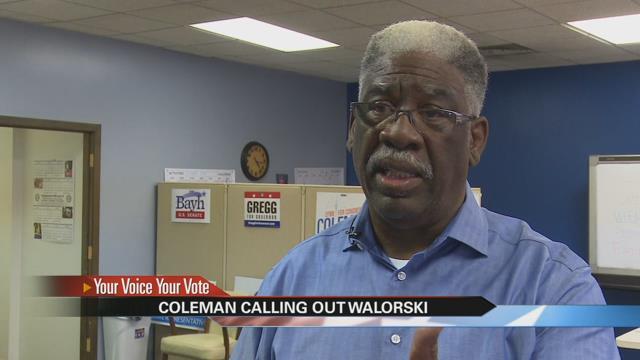 Both are running for U.S. Representative in Indiana's Second District, but have yet to debate in public.

Walorski recently agreed to a radio debate in Wabash hosted by a former republican state representative.

Coleman says Walorski is purposely avoiding the public in this race.

"They want to do a "debate" in Wabash County that segregates from the rest of the district. That's not fair and I think the press needs to call her out on it and get her to answer as to why she chose to do that," said Coleman.