Colombia: Why some are voting against peace 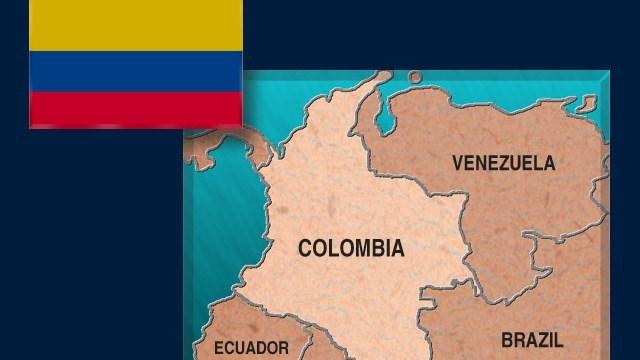 (CNN) -- In a scene generations of Colombians never dreamed of seeing, President Juan Manuel Santos and Rodrigo Londoño, leader of the Revolutionary Armed Forces of Colombia, used pens made of recycled bullets last week to sign a deal ending a 52-year old war.

Now the fate of that peace pact lies in the hands of the Colombian people.

On Sunday, they vote in a referendum to accept or decline the deal -- years in the making -- which will require rebels to give up their arms and reintegrate into society.

While it may sound like a vote to end war is a given, Colombians have their doubts -- especially when so many are victims of the five decades-long conflict.

Polls show the vote has a good chance of passing, but for many Colombians the possibility of peace requires compromise and forgiveness for the estimated 220,000 lives lost.

For Salud Hernandez, a correspondent for El Mundo newspaper who was kidnapped by Colombia's second largest rebel group, the ELN, in May, the accord is not justifiable for the Colombian people.

"I don't think this is fair in any sense of what justice means," she said.

"The tragedies of the war, the tears of the people, the missing, that the people, the families live. It is like they are the walking dead," she said of a "stupid" war that has "planted much more tragedy than misery."

Critics feel that the deal isn't hard enough on FARC fighters and worry they will receive no jail time for crimes.

Although the peace deal has overwhelming international support, former president Alvaro Uribe Velez has been leading the campaign against it. He argues that the deal offers impunity to FARC fighters and accuses his successor, Santos, of conceding to FARC demands.

"There are victims and there are people who want revenge and people who cannot forgive the horrible results of a civil war," said the Carter Center's Jennie K. Lincoln. "That is what this peace accord is asking Colombians to do -- to forgive, not forget, but forgive and move forward."

"That is the difficult element for Colombian society -- how to move forward after 50 years of civil war, and a peace accord which doesn't punish everyone that people might like to see be punished," Lincoln said.

The hard part comes after peace

"There is euphoria that the peace accord is being signed. Then there is the expectation that there will also be hard work," said Lincoln, who sees the accord as a "road map." "The next step will be as difficult or more difficult than getting to this accord."

Questions remain about the reintegration of child soldiers, prosecution of human rights abuses and lucrative cocaine profits. But perhaps the most contentious question is about FARC's future as a political party.

Under the agreement, the FARC will be given 10 seats in Congress after they relinquish their weapons. Colombians are quick to point out the irony.

"It was dishonest for the country that President (Santos) handed seats (in Congress) to the guerrillas," John Fernando Menesses told CNN en Español. "Now the army has to take care of the guerrillas. So many soldiers were killed by the guerrillas, (and) now they have to look after them -- what an irony!"

Yet others feel it is time for peace, including the interior minister, Juan Fernando Cristo, whose own father was killed by the ELN almost 20 years ago.

"I am a victim of this conflict," Cristo told CNN's Rafael Romo. "If we don't forgive, if we don't give a chance for peace in Colombia, we are going to have more victims, more families (will) suffer. We have to stop this war," Cristo said.