Comey: 'There is no such thing as absolute privacy in America' 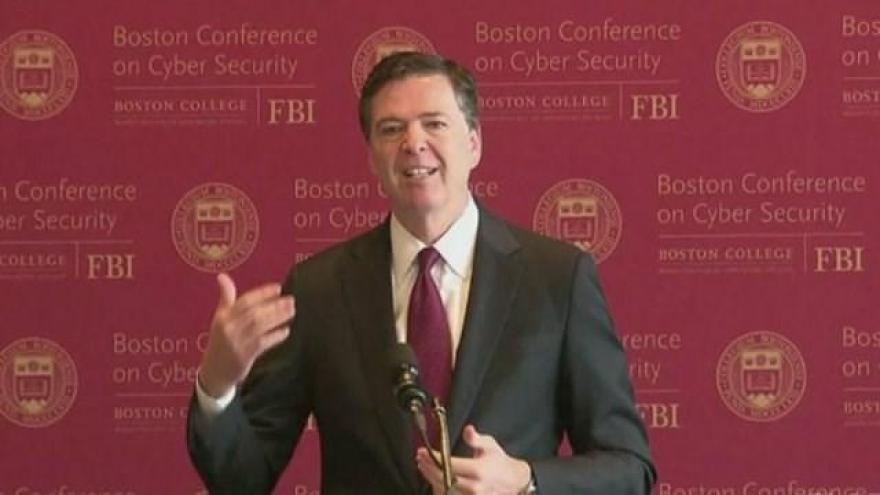 (CNN) -- FBI Director James Comey warned Wednesday that Americans should not have expectations of "absolute privacy," adding that he planned to finish his term leading the FBI.

"There is no such thing as absolute privacy in America; there is no place outside of judicial reach," Comey said at a Boston College conference on cybersecurity. He made the remark as he discussed the rise of encryption since 2013 disclosures by former National Security Agency contractor Edward Snowden revealed sensitive US spy practices.

"Even our communications with our spouses, with our clergy members, with our attorneys are not absolutely private in America," Comey added. "In appropriate circumstances, a judge can compel any one of us to testify in court about those very private communications."

But, he also said Americans "have a reasonable expectation of privacy in our homes, in our cars, in our devices.

"It is a vital part of being an American. The government cannot invade our privacy without good reason, reviewable in court," Comey continued.

In the last four months of 2016, the FBI lawfully gained access to 2,800 devices recovered in criminal, terrorism and counterintelligence investigations and the FBI was unable to open 43% of those devices, Comey said.

Americans' desire for privacy and security should never be viewed as incompatible, he said.

"We all value privacy. We all value security. We should never have to sacrifice one for the other," Comey said. "Our founders struck a bargain that is at the center of this amazing country of ours and has been for over two centuries."

Comey's leadership of the FBI has been marked by controversy in the wake of the bureau's handling of the investigation into Hillary Clinton's email controversy and President Donald Trump's baseless accusations that President Barack Obama ordered the wiretapping of phones at Trump Tower.

He did not address the wiretapping claim nor WikiLeaks' recent claim that it obtained internal CIA documents.

Comey did, however, say he plans to finish out his 10-year term.

"You're stuck with me for about another 6 1/2 years, and so I'd love to be invited back again," he said.