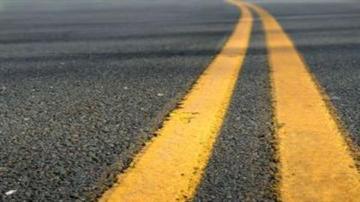 Those living at Linden House's Assisted Living Community reached out to ABC 57 News on Friday, asking for our help to make the road safer.

Those living at the senior community met with the mayor over the summer to express their concerns but said that meeting got them nowhere.

"Someone is going to get killed," One of the seniors said Friday.

Not even a week has passed and two more accidents took place right in front of the senior assisted living community.

She was surprised that another accident happened, especially after just meeting with ABC 57 News six days ago to express her concerns.

According to the police report, Philice Hutchen, 32, of South Bend lost control of her car Thursday morning around 7:30 a.m.

Hutchen told police that a truck swerved into her lane, causing her to off the road.

Hutchen complained of pain on the scene and an ambulance was called, it's unclear if she was transported to the hospital.

"This is an issue we see it all day long," said Sater.

The speed on Fulmer road is 30 mph, it's posted in four places on the small stretch of road.

I reached out to the Police Chief, Ken Witkowski. He said that at the moment, there isn't much his department can do other than continue to patrol for speeders and impaired driving.

Mishawaka Police have increased their patrol on Fulmer Road since those at Linden House reached them about their concerns a few weeks ago.

I also talked to Mayor Dave Wood. The mayor, who also lives off Fulmer Road, said that his office is looking into the concerns. He said that speed bumps and a traffic light have already been ruled out.

Mayor Wood said that he hopes vacant land across from Linden House will sell. The Mayor said if that land is developed an intersection would likely be created with a stop sign, the would slow traffic on the open stretch of roadway.

For the time being, there is no immediate solution. Those at Linden House hope that something can be done before it's too late.

"Please don't put us on the back burner. If there is something that can be done, please do it," said Sater.