Concerned Citizens backing 'Elbel for Everyone' gather at Pinhook Park 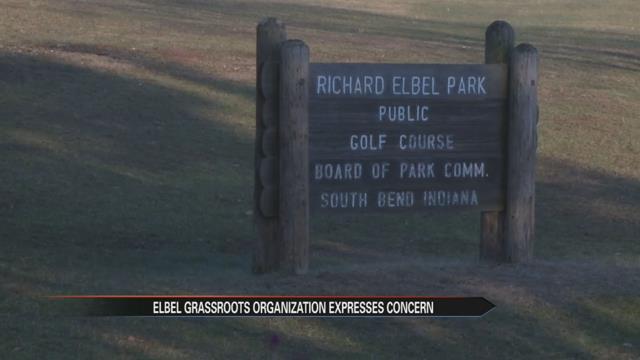 Organizers and citizens backing grass roots organization "Elbel for Everyone" gathered at Pinhook Park in South Bend. Concerned residents gathered to save the golf course and natural preserve they love.

And so far - it hasn't been smooth sailing. Another sun sets on a vacant Elbel golf course.

On a day suitable for golf, a nearby resident and her dog taking advantage of a beautiful February day. At the same time, concerned citizens and members of the South Bend Common Council meeting at Pinhook Park- not far from the vacant course.

Andrew Tucker is an ecologist and father of two.

"I'm concerned that the city hasn't shared what exists at Elbel to the extent that it could," Tucker said.

Friday, the South Bend Mayor's office withdrew the sale of Elbel and announced it would pursue a lease agreement instead.

"It's just hard to imagine how an administration or anybody can fail to understand and appreciate the desire to participate the desire to have it be a democratic process. So I'm hopeful and concerned," said Paul Blaschko of Elbel for Everyone.

Citizens are concerned that that their voices aren't being heard clearly.

"I think it's fair to say that we haven't done our due diligence as a city to consider the other options might exist. To bring people together from all these interests groups. To think about what it is the city of South Bend and its residents want to see happening at Elbel," said Tucker.

And possibly forming a coalition. A commission - in order for that that to happen properly.

"My hope is we have an opportunity to slow things down get more citizen input. I'd like us to form a commission. That's been talked about a lot and asked for- to take some time to study the issue," said council member Regina Williams-Preston.

And even though many who are advocating are not golfers- they are all about saving the natural preserve and wetlands that make up 25 percent of South Bend's parks.

"I would like to be proud of the city I call home. I don't think that all of us all the time appreciate the environment that we have," says Tucker.

And as another sun sets on Elbel golf course - Elbel for Everyone hopes there will be many more days like this.

The next date they are looking at is February 11 - as they look to extend the conversation and possibly form a committee.