Congress working together on fiscal cliff 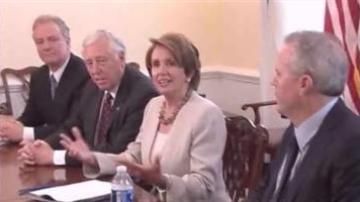 It's just over a month away from the dreaded fiscal cliff.

It’s when tax hikes and federal spending cuts are set to kick in. At this point, we're waiting on Congress to hash things out. Most Republicans want to increase taxes to all Americans, while Democrats on the other hand, want to see a tax increase for the wealthiest Americans.

President Obama is urging people to voice their opinions on social media and other platforms.

He said Americans should do what it takes to communicate a sense of urgency. Specifically tweeting the hashtag “My2K”, emailing, posting a comment on a member of Congress’ Facebook.

$500 million worth of tax increases and spending cuts would go into effect on Jan. 1 if no decision is made by then.