Cool Schools: Michiana Christian Academy votes for the next President 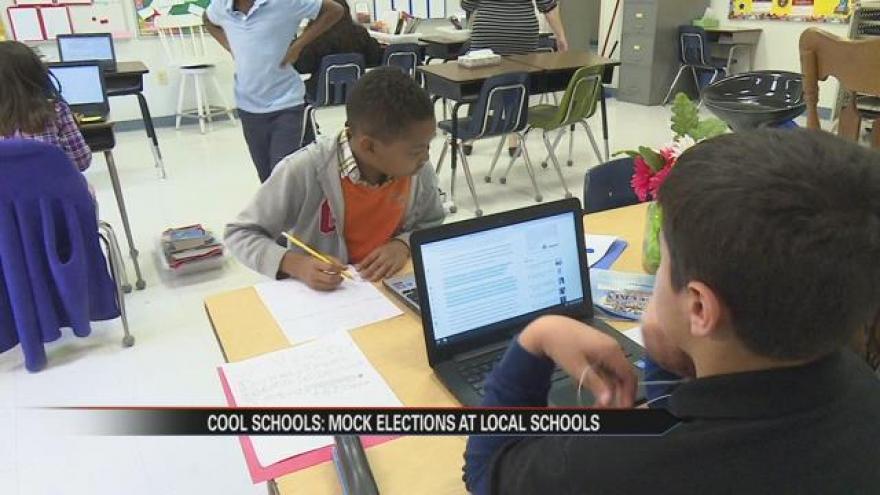 Connie Freel has been teaching her fourth and fifth grade students about the presidential election for two months.

“When we saw that the election was coming up, I decided over the summer that I wanted to do a project-based learning experience with the election,” said Freel.

So Michiana Christian Academy signed up for the “Every Kid Votes” nationwide campaign.

Instead of waiting until they’re eighteen to voice their vote, these students get to this election, much sooner then they thought.

“I think I’m voting for Hillary,” said Aiden, a fifth grader at the school.

“Cause on my paper It says she’s been in the White House and she’s experienced about politics cause her husband was the President,” Aidan said.

The campaign allows elementary school children to mock vote for the next president. It’s designed to teach students the value of voting and what it takes to lead the nation.

With this election gaining so much attention, Connie says it was a challenge to keep them away from all of the negative coverage.

“We’re going to sites that are not bias towards one candidate or the other and we’re looking specifically at where does this candidate stand on the certain issues,” Freel said.

And so did older students at Michiana Christian Academy.

“It was fun because we learned a lot of stuff that we didn’t know and I never knew a lot about the election very much, I wasn’t allowed to vote I was too young to realize like what it was about,” said Mary Japa, a sixth grade student at the Academy.

Because of the mock election, they realized why it’s important to vote.

“If we have the wrong person elected for President they can make the country different then what we always had it,” said Emma Ericson, a sixth grader.

Students nationwide voted for Hillary Clinton as the next person to take the oval office. For the last three general elections, kids in this campaign predicted the next president correctly.