Cop who shot 911 caller gets 12 and a half years; apologizes in court 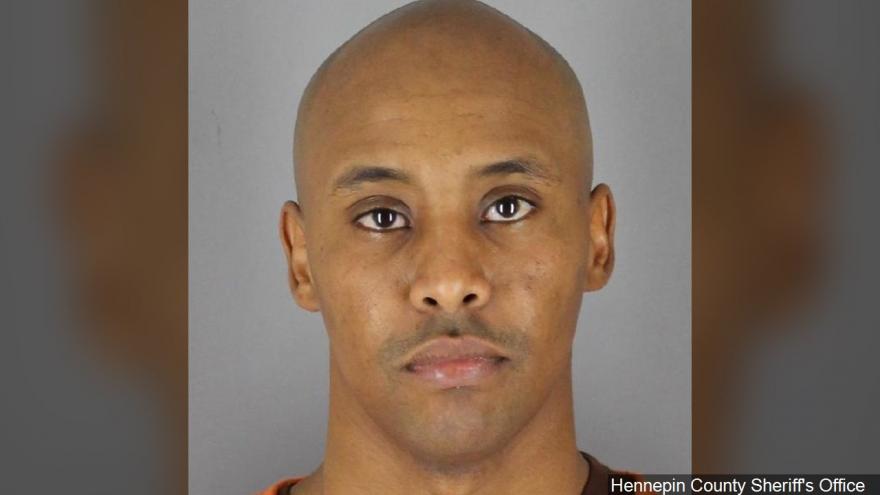 MINNEAPOLIS (AP) — A former Minneapolis police officer who shot and killed an unarmed woman who had called 911 said Friday he "knew in an instant I was wrong" and apologized to her family, just moments before a judge brushed off a defense request for leniency and ordered him to prison for 12½ years.

Mohamed Noor was convicted in April of third-degree murder and second-degree manslaughter in the July 2017 death of Justine Ruszczyk Damond, a 40-year-old dual citizen of the U.S. and Australia. Noor shot Damond when she approached his squad car in the alley behind her home.

Noor's lawyers had argued for a light sentence, saying sending him to prison would only compound the tragedy and keep him from doing service to make amends.

But Judge Kathryn Quaintance sentenced Noor, 33, to a term identical to the recommendation under state guidelines.

"The act may have been based on a miscalculation, but it was an intentional act," Quaintance said. "Good people sometimes do bad things."

The case, which sparked outrage in both the U.S. and Australia, has been fraught by race from the start. Noor is Somali American and Damond was white; some in the community argued it was treated differently that police shootings in which the victims were black and the officers were white.

One activist at the courthouse Friday carried a sign that had the words "Black, Muslim, Immigrant and Guilty" with boxes checked next to each word. Another read, "NOOR: Victim of Identity Politics."

Noor, his voice breaking several times as he spoke publicly about the shooting for the first time, apologized repeatedly to Damond and her family for "taking the life of a perfect person."

"I have lived with this and I will continue to live with this," Noor said. "I caused this tragedy and it is my burden. I wish though that I could relieve that burden others feel from the loss that I caused. I cannot, and that is a troubling reality for me."

Noor said from the moment he pulled the trigger he felt fear, and he was horrified to see Damond's body on the ground.

"The depth of my error has only increased from that moment on," he said. "Working to save her life and watching her slip away is a feeling I can't explain. ... It leaves me sad, it leaves me numb, and feeling incredibly lonely. But none of that, none of those words capture what it truly feels like."

Tom Plunkett, Noor's attorney, asked Quaintance for a sentence as lenient as probation. He described Noor's desire to become a police officer in part to repay a debt he felt to the country that took him in long ago as a refugee.

"I have never stood up at sentencing with anyone my entire career that's done more or worked harder to be a good person, to earn the gifts he's been given," Plunkett said. "That's who Mohamed Noor is."

But prosecutor Amy Sweasy called for the recommended 12½ years. She noted that Damond had called 911 seeking help.

"And it was the defendant's responsibility when he encountered her in that alley to investigate and appreciate and discern that before he pulled the trigger," she said. "That was his responsibility, and his failure to do that is what resulted in the criminal act."

Noor testified during his trial that a loud bang on the squad car startled him and his partner, and that he saw a woman at his partner's window raising her arm. He said he fired to protect his partner's life. But prosecutors criticized Noor for shooting without seeing a weapon or Damond's hands, and disputed whether either of them really heard a bang.

Don Damond, Justine's fiance, said in court Friday that every time he sees the alley where she walked barefoot and in her pajamas toward the police car he relives the moment.

"In my mind I beg you to turn around," he said, speaking of a "lost future" of decades filled with "love, family, joy and laughter." He said Justine was his soul mate with "a Muppetlike way of being in the world."

"We both lived with our hearts open, caring for others," Damond said.

Justine's father, John Ruszczyk, in a statement read in court, asked for the maximum sentence and called her killing "an obscene act by an agent of the state."

"Justine's death has left me incomplete — it is as if I have lost a limb or a leg," he said in the statement. "I have lost my daughter, I have lost those private conversations over tea."

Noor sat quietly at the defense table with hands clasped, eyes usually closed and showing no emotion as victim impact statements were read.

Noor was sent after his conviction to the most secure unit at the state's maximum security prison in Oak Park Heights for his own safety.