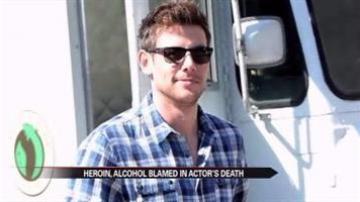 Doctors say the deadly mix can slow breathing to the point of death.

The Glee actor's body was found inside of a Vancouver hotel room on Saturday.

Police had previously ruled out foul play in Monteith's death.

"There's absolutely nothing at this point, no evidence to suggest that this is anything other than the most sad and tragic accident," said Barb McLintock.

Monteith had a public battle with addiction and even completed a stint in rehab earlier this year.

Glee producers have not said how they will address the actor's death.