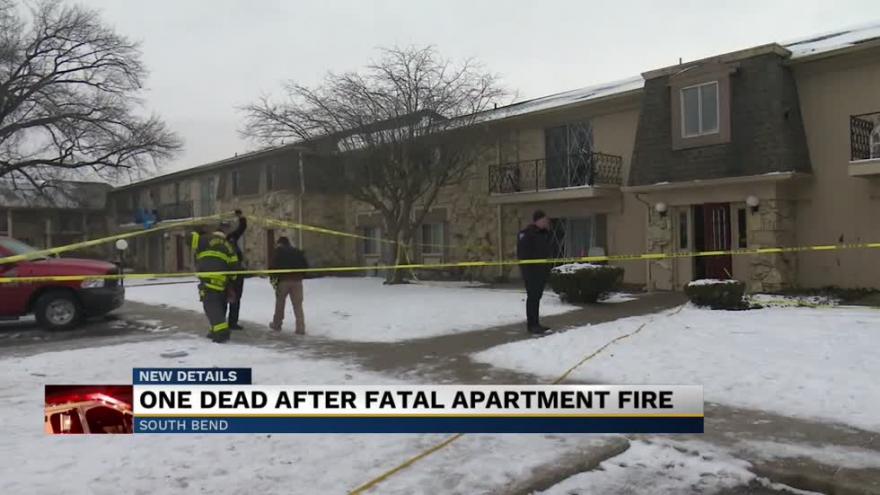 The St. Joseph County Coroner's Office has identified the man who died in a fire at the Prosper apartments Sunday morning.

The victim has been identified as 24-year-old Yves Harris.

The autopsy has not been completed.

The South Bend Fire Department says it was called to the apartment complex at 6 a.m. Sunday for a fire in a second floor apartment.

The apartment was badly damaged, but firefighters were able to keep the fire from spreading.

Harris was found inside his apartment and was pronounced dead at the scene.

A firefighter was also injured in the fire.

Firefighters determined the fire started in the kitchen.