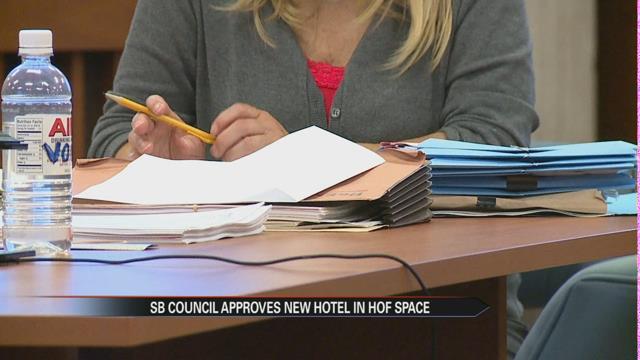 The South Bend Common Council voted unanimously to bring a new hotel to the location on St. Joseph Street.

“We're basically looking at a five story hotel. It's going to have 120 guestrooms,” says A.J. Patel with JSK Development Inc.

JSK Development is the company spearheading this mission.

“This would kind of compliment the Century Center,” says Patel.

He says when the Century Center holds conventions, the Double Tree Hotel across the street doesn't have enough rooms to keep people close to their conference space.

But this new hotel will help with the effort adding a more direct route.

“By adding the additional rooms they need, we're able to go after $40 million worth of business that Century had to pass on before,” says Patel.

Chris Fielding with Community Investment says this hotel will create about 38 new jobs.

Patel says they hope to break ground by March of 2016 and right now they're still searching for which hotel will move into the space.