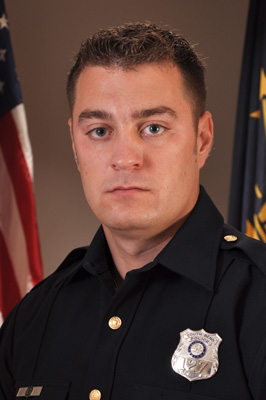 The other driver, 22-year-old Erica Flores, died from her injuries.

At 4:33 a.m., Patrolman Gorny was traveling eastbound on Western with lights activated.

At the intersection of Western Avenue and Kaley Street, Patrolman Gorny's patrol car collided with a Jeep traveling northbound, according to the St. Joseph County Fatal Crash Team (FACT).

Both Gorny and Flores were taken to Memorial Hospital for treatment.

Patrolman Gorny was released from the hospital by 9 a.m. Just before 11 a.m. we learned Flores died.

Flores' family said the mother of two was driving home from work when the crash happened.

Western Avenue was closed until just after 11 a.m.

FACT is investigating the crash, but no South Bend Police FACT members are involved in the investigation.

The family has started an online campaign for Flores to help with funeral costs.

FACT investigators are seeking witnesses to the crash. If you have any information on anyone involved, call (574) 259-2966.