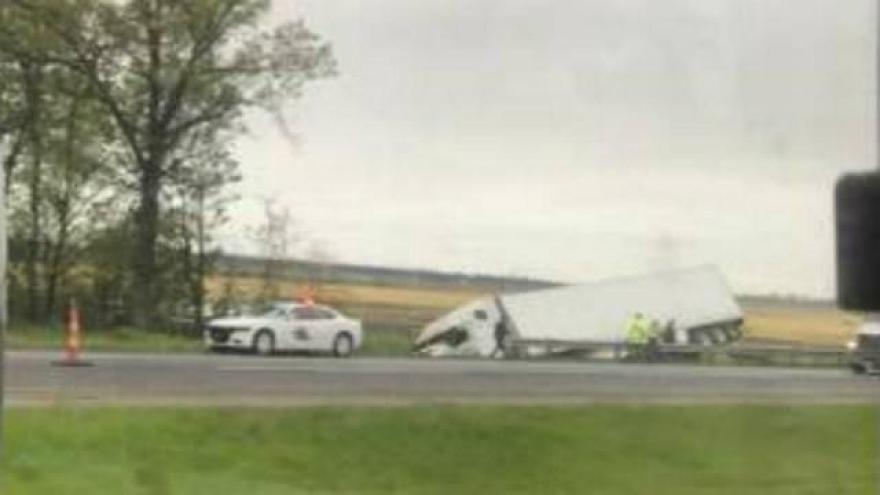 Emergency crews are responding to a semi-truck that ran off the Indiana Toll Road near mile marker 85 in the eastbound lane.

Indiana State Police say no one was hurt in the crash but it has caused traffic to back up.

When troopers arrived on the scene, they found the semi rolled into a ditch.

ISP says the truck scraped against a concrete culvert which caused the right diesel tank to rupture.

Diesel did spill into a small creek that runs by that area.

No other vehicles were involved in the crash.

If you are headed that way, expect some traffic delays or find an alternate route as crews clear the scene.