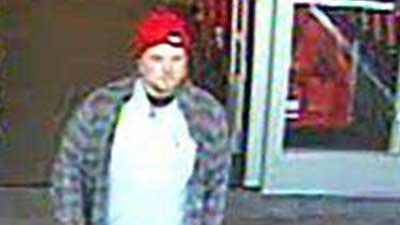 Crime Stoppers has released surveillance photos of the suspect who allegedly performed a sex act in front of a teenager at a local Target store.

The incident happened at 2 p.m. on October 19 at the Target on Ireland Road in South Bend.

Police said the 16-year-old victim discovered bodily fluid on her boot in connection with the lewd act performed by the man.

The man is wanted for sexual exposure to a minor.

A surveillance image of the van the suspect was driving was also released.

If you recognize the suspect, contact Crime Stoppers at 574-288-STOP.