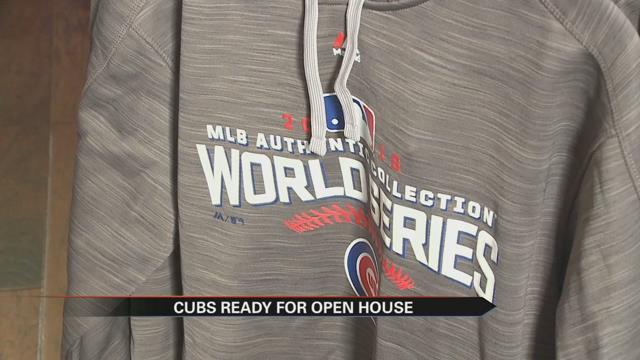 Folks from Michiana and beyond have waited 71 years for another Chicago Cubs World Series appearance.

Tuesday night the wait is over but the excitement is only beginning.

The merchandise inside the boxes at the Cubs Den were stacked one on top of another, and quickly unpacked Tuesday morning- and just as quickly sold.

The World Series sweatshirts and hats are official team apparel, meaning Chicago Cubs players will be wearing it too when they take the field tonight in Cleveland.

Merchandise Sales Rep Marylou Pallow says this type of player gear is one of the top sellers.

“This morning we knew we were expecting some of our World Series apparel to come in so we came in a little early and when I got here probably 30 min before the store opened, several people were in the parking lot waiting for that merchandise,” said Pallow.

More merchandise will be coming in all week long and beyond as long as the team is still in the World Series.