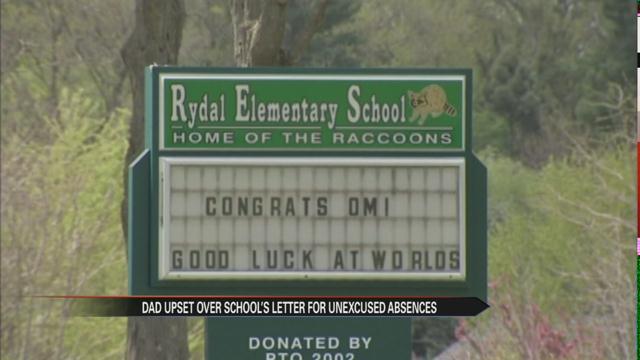 A Pennsylvania man's letter has gone viral and is now sparking a parenting debate.

He posted a letter to his children's school on Facebook.

It came after his kids were hit with three unexcused absences for traveling with him to run the Boston Marathon.

He told the school about the trip, but it sent him a letter saying those absences wouldn't be excused.

The letter said unexcused absences could lead the district to take administrative action.

The father says the kids got to see some historic Boston sites.

He says he finds the letter offensive.

"We went to where the Boston Tea Party was," said Mike Rossi. "We went to the Freedom Trail. So we try to make it educational as well. To get a letter like that, that was pretty accusatory and the language was pretty hostile. It made me a little angry."

The man took to social media saying the school's policies are silly.

It's now prompted the school board president to respond, saying it's a parent's job to make sure kids understand rules and they should be followed.