Dangerous Year for Earthquakes in 2018? 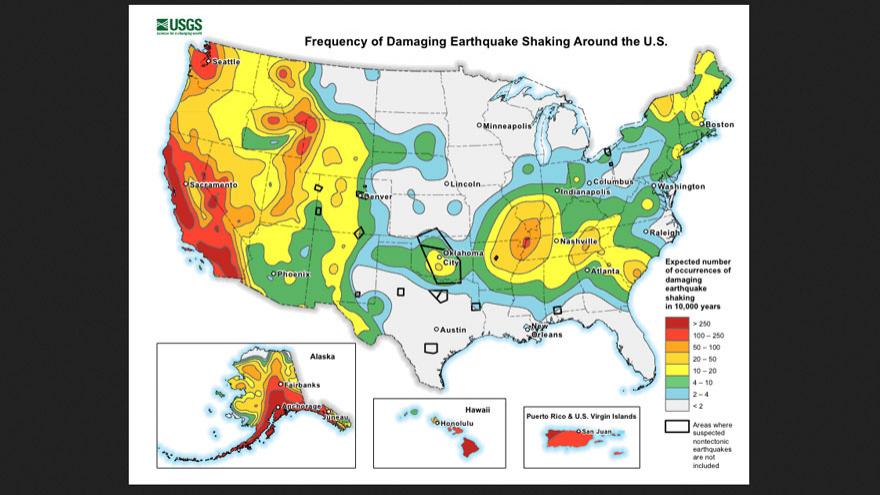 We all know how dangerous and devastating earthquakes can be. We've seen several intense quakes over the last few years, and the damage that they have caused. We also know that earthquakes will continue to happen due to the structure of Earth. But what about forecasting them down the road? Well, it's nearly impossible to accurately predict a monstrous earthquake...to an extent.

A new study suggests a surge in earthquakes for the remainder of 2017 and 2018. But how do we know that? Believe it or not, scientists are blaming the possible rise in significant and destructive earthquakes over the next year or so on one variable: the rotation of the Earth has slowed...slightly.

The study was carried out by geologists Roger Bilham of the University of Colorado, Boulder, and Rebecca Bendick of the University of Montana. They analyzed the occurrence of magnitude 7.0 or greater earthquakes across the world over the last 117 years. On average, we see 15 of those per year. However, some years feature 20-25 major quakes in a year.

Bilham and Bendick noticed that the years with more catastrophic earthquakes all had one significant thing in common: they fell 5-7 years after the rotation of the Earth was recorded as being slightly slower than usual.

And, guess what? The last year with a slower-than-normal rotation speed was 2011. We are now in late 2017 heading toward 2018. Mathematically speaking, we are in the range that history suggests will bring more intense, damaging earthquakes.

Does this mean we will for sure see a continued uptick in strong quakes? No. But science does indeed suggest the next 12 months could certainly bring more magnitude-7.0 or stronger earthquakes. Just over the last few months we have had a magnitude 7.1 that struck Mexico City, a magnitude 7.3 on the Iran-Iraq border and a magnitude 7.0 off New Caledonia. This certainly supports what the study revealed.

The last question is where? That is a difficult to nearly impossible question to answer in simple terms. However, locations between 30° north and 30° south may have a higher probability of seeing strong quakes, according to the study. That would include Hawaii, most of Florida, south Texas, and pushes up against the US-Mexico border.

Frequency of damaging earthquake shaking around the United States; southwest Indiana does have a significantly higher probability of earthquakes compared to Michiana. USGS