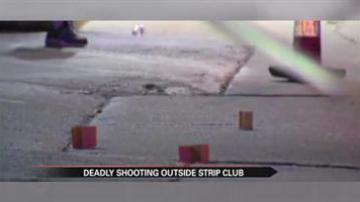 Police in Detroit are trying to figure out what happened Tuesday night after a deadly shooting outside a strip club.

It all happened around midnight at the Sphinx Bar where one person was shot and killed.

Police found several bullet casings at the scene both in the road and near the club's front door.

Police have not made any arrests.
Share this article: