Deaf singer on 'America's Got Talent' feels the music 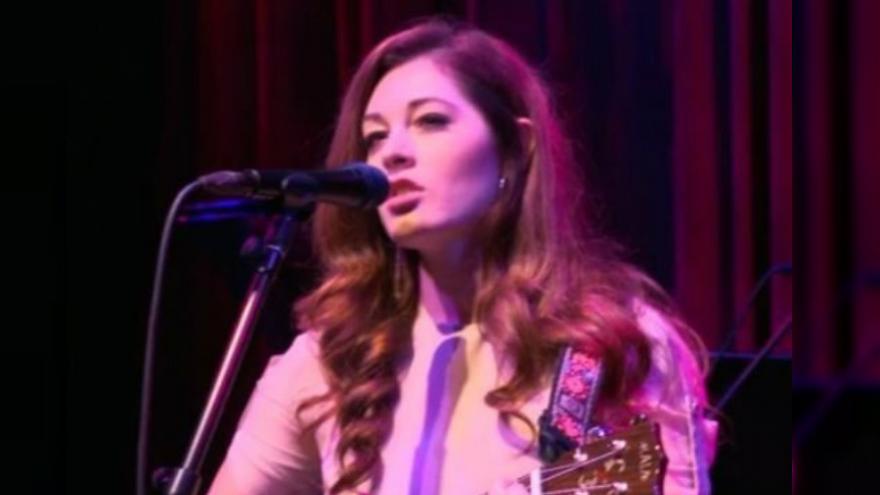 (CNN) -- Mandy Harvey takes people on a journey when she sings.

"The thing I love about music ... you can close your eyes and be transported back to a memory or a dream or a feeling," the 30-year-old said.

Harvey has near-perfect pitch, so it's hard to believe she is deaf.

"I was always a shy child and slightly hard of hearing, so music was my outlet. I started singing in a choir when I was 4 years old," she said.

Harvey, who grew up in south Florida, was born with deformed eustachian tubes. This led to infections, perforated eardrums and surgeries. She was also born with a connective tissue disorder called Ehlers-Danlos syndrome type 3.

"EDS affects my hearing," she said. "It affects my nerves, my joints, my connective tissue, organs, skin. It affects my whole body, and I dislocate a lot."

But Harvey had a dream. She was determined to become a choir director. At 18, she enrolled in the vocal music education program at Colorado State University.

"Within the first month, I couldn't understand my teachers," she recalled.

Over nine months, Harvey lost her residual hearing. She was dropped from the music program.

"I had made a serious mistake of connecting my entire identity with one single dream. And it died. ... I watched myself die."

Harvey moved back home and fell into a deep depression. She stopped leaving her house and quit living.

"Eventually, I got tired of sitting in the dark by myself and made the decision that this was not going to be the end of my story," she said.

When she was 20, her dad asked if she would learn a new song to sing.

"My goal was to fail. I just wanted to do my best and prove that it couldn't be done so that we could close this chapter," she said.

Harvey sang the notes into a visual tuner and waited for the light to turn green.

It was the beginning of a new chapter for Harvey.

"I am not the performing type. I was the one who would cry, throw up or pass out," she said. "I realized that growing up, my biggest fear was always losing my hearing. And that happened. So what's the worst that could happen here?"

Harvey enrolled in vocal lessons with the goal of becoming a jazz singer. Her first gig was in a jazz club performing in front of seven people, who weren't paying attention, she remembered.

Harvey has a fourth album of original music scheduled for release this year.

"I think performing has become a lot easier without being able to hear because I can't judge myself. There's always that voice in your head that is so critical, and for me, it was crippling. Now that voice is gone," she said.

Harvey was on season 12 of "America's Got Talent" in 2017. She auditioned with a song she wrote called "Try." The video has been seen by millions of people around the world.

Harvey made it all the way to the finals and finished in fourth place.

"I want to inspire and motivate other people to take one step forward," she said.

Singing without sound is a lot of work. But Harvey said she wouldn't have it any other way.

"I work 40 to 70 hours a week on pronouncing words correctly and pitch and singing. Most of it starts with a free app on my phone, which is a visual tuner. I use it all day every day and watch myself sing."

She also performs without shoes to feel the band and the beat.

"Performing on stage is a release. ... I really want to connect with people and take them on a journey with me."