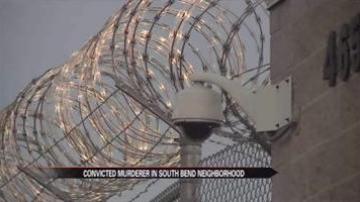 SOUTH BEND, Ind. -- Robert E. Lee served half his 60-year prison sentence for a gruesome murder back in 1986.

Lee now lives in South Bend after being relocated by officials not once, but four different times because of community opposition.

Lee is just one of many who committed crimes before current laws were even put in place. At the time of his conviction, there was no such thing as life without parole and the victim's family didn't believe in the death penalty.

So, he got the maximum sentence of 60 years. Yet, because he earned two college degrees and had good behavior, he only served half of that time.

It was a heinous crime that shocked the community of Bloomington, Indiana.

The prosecutor in Lee's case, Stan Levco, says it is still the most gruesome crime he has ever seen.

"In terms of mutilation, he cut off the head, cut out the vagina, the anus," said Levco.

Many of her body parts were found in trash bags that came from Lee's apartment, but Levco says investigators never recovered her entire body.

To this day, almost three decades later, her head and hands are still missing.

"There was a path of blood that led from where she was killed to the back of his apartment, so I have no question he is guilty," said Levco.

That was just one of many pieces of forensic evidence that ultimately convicted then 31-year-old Robert E. Lee of murder.

At the time, Indiana did not have life without parole, so the judge gave Lee the maximum sentence of 60 years behind bars.

However, on September 22nd when Lee walked out prison to return to Bloomington, the community didn't welcome him back.

"Obviously, people don't want someone like that in their neighborhood and I don't really blame them," said Levco.

A local ministry that takes in murderers even rejected him, postponing his release.

The Indiana Department of Corrections moved Lee all around the state, three different cities each with an angry public that pushed him out.

"We had a him in a few locations where the concern became his own safety," said Charles Bowen the North Region Director of parole services for the Department of Corrections.

So, Lee's fourth city to call home is South Bend. Lee is now part of a work-release program that allows parolees to come and go freely throughout the day.

While on parole, Bowen says Lee is monitored closely, through a GPS system that allows them to track his every move.

"He has contact with his parole agent nearly every day," said Bowen. "They talk about what he is going to do each day, where he will go and that is what we do with every parolee that we have that kind of access to."

But after his one year parole is up, Lee will be a free man. Without a GPS, without having to register as a violent offender or without law enforcement having to even know where he lives.