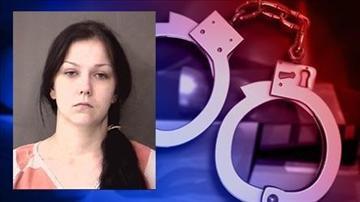 KOSCIUSKO COUNTY, Ind. –  The Kosciusko County Sheriff’s Office arrested a Warsaw woman on meth charges after receiving a 911 call about a possible domestic fight and battery.

According to deputies, they responded to 8118 S. Packerton Road, Claypool just before noon Thursday after receiving a 911 call about a domestic incident.

When officers arrived, they located items used in the production of methamphetamine, according to reports.

Deputies also say they located a meth lab directly across from the residence, according to reports. Deputies dismantled the lab.

Bell is currently being held on a $2,000 bond in the Kosciusko County Jail.