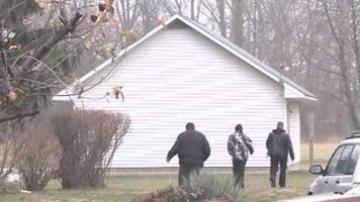 ELKHART COUNTY, Ind. – The Elkhart County Sheriff’s Department is investigating the death of a man whose body was found badly burned outside a storage garage.

According to deputies, they were called to 58644 CR111 to investigate the cause of death of the 54-year-old victim.

Deputies are working with the coroner’s office and the State Fire Marshal’s Office to determine the cause of death and origin of the fire.

"It's still early in the investigation but there are no active suspects at this time. We are looking at it as a death investigation," said Captain Jim Bradberry of the Elkhart County Sheriff's Department.