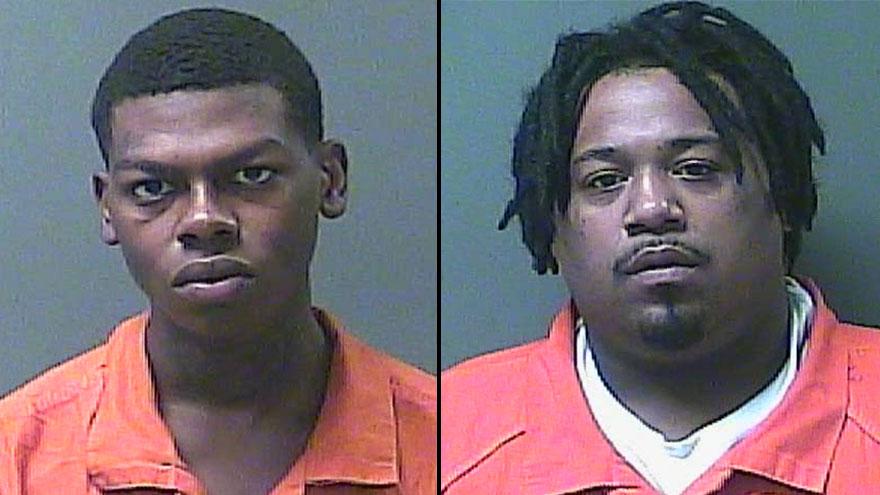 LA PORTE COUNTY, Ind. -- Two people were arrested and three firearms were seized following a traffic stop on US 20, according to the La Porte County Sheriff's Office.

The deputy conducted a traffic stop on the vehicle.

During a discussion with the driver and passenger, the deputy established probable cause there was criminal activity, deputies said.

Additional deputies arrived and a vehicle was searched.

Three firearms, including one that had been reported stolen, were located in the vehicle, according to deputies.

The driver, 22-year-old Mustafaa S. El'Malik, was taken into custody on preliminary charges of theft of a firearm and carrying a handgun without a license.

The passenger, 25-year-old Justin Burnside, was taken into custody on a preliminary charge of carrying a handgun without a license.

Both were released the same day after posting bond.