Despite failed trials, experts believe we'll have an Alzheimer's drug by 2025 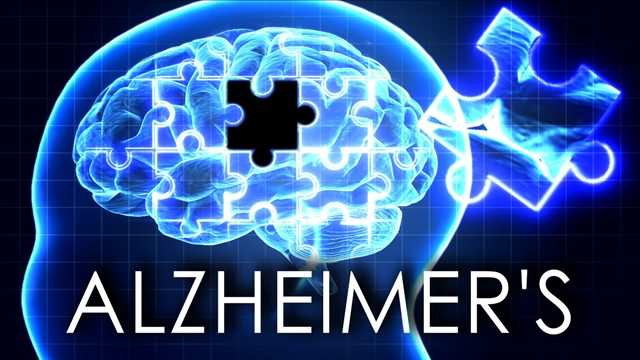 (CNN) -- The results of recent trials that tested much-anticipated Alzheimer's disease drugs dashed the hopes of patients with the debilitating condition. The most recent disappointment came from the large trial for solanezumab, by Eli Lilly, announced last month.

But experts across the field say hope is not lost. They believe we will have some form of drug against the disease by 2025, albeit most likely a pilot version that will need to be upgraded.

This target, in less than a decade, is the goal set by world leaders at the G8 dementia summit in 2013.

Researchers believe there are enough competitors in the race to get at least a few to the finish line on time.

"There are still a number of late-stage trials in progress," said Heather Snyder, senior director of medical and scientific operations at the Alzheimer's Association. "2025 is a realistic target in terms of where we are with the science. ... We're not off-track at this point in time."

Twenty-four drug candidates are currently in phase 3 trials on humans -- trials that involve larger numbers of people and a comparator to see a drug's true effect -- and many more potential drugs are in earlier stages of development. Speaking from the Clinical Trials on Alzheimer's Disease conference in San Diego this week, Snyder is hopeful that a few drug options -- not just one -- may surface to one day treat Alzheimer's at various stages of the disease.

The question now is, which trials will they be? Unlike with many other diseases, scientists don't fully understand the underlying causes of Alzheimer's, meaning drugs now in development are targeting different aspects of what is theorized to cause symptoms.

"This is a complex disease," Snyder said. "If you think of HIV or cancer ... we don't treat those diseases with one drug." The end result may have to be a combination therapy.

Ahead in the race

On Thursday, Biogen presented at the San Diego conference and announced further promising results from its experimental drug aducanumab, an antibody-based therapy, which saw significant reductions in amyloid plaques in the brain of patients when compared against a placebo. This is one of three drug candidates in trials led by the company.

More than half of the drugs in current late-stage trials target these ß-amyloid proteins, which stick together to form plaques between nerve cells in the brain's of Alzheimer's patients. The plaques destroy surrounding cells and impair cognition.

Drugs reducing the existence of these plaques are one of the big goals to provide an effective therapy, and Biogen's trial on patients with mild or presymptomatic Alzheimer's disease saw a statistically significant reduction in these plaques, as well as a slowing of mental decline, at the 12-month mark. This followed strong results announced earlier this year.

"It's our most developed program in Alzheimer's disease," said Samantha Budd Haeberlein, vice president of clinical development at Biogen. "The degree of effect we had regarding the reduction of amyloid plaques ... was very exciting."

The drugs will soon enter into a new trial including almost 3,000 people across 20 countries to test the outcome on multiple populations. "It's a global clinical trial," said Budd Haeberlein.

Budd Haeberlein believes that targeting plaques is key to getting the first therapies going, as the plaques appear in the brain up to 20 years before symptoms begin. "It's important in reducing the impact of the disease," she said.

Starting from the BACE

Another approach many in the field are picking as the favorite in terms of potency to fight plaques in the brain is the use of drugs known as BACE inhibitors, which block the production of an enzyme -- ß-secretase -- needed for the production of ß-amyloid proteins.

By blocking the production of the protein itself rather than killing it once it's formed, it's hoped the impact could be more potent within the brain.

"I think BACE is a great target," said John Hardy, professor of neuroscience at University College London in the UK, who first proposed that these proteins, and plaques, were to blame for the development of Alzheimer's disease. Twenty-five years after he first thought up the theory, he believes a drug preventing their formation could be the winning formula.

But Hardy worries that drugs are being targeted at patients too late. "To attack amyloid is to attack earlier," he said. "It might be being given too late."

One of many companies testing this method is Eli Lilly. It hasn't let the failure of its solanezumab drug hold it back. "We've seen that BACE inhibitors can decrease amyloid protein production," said Dan Skovronsky, senior vice president of clinical and product development at Eli Lilly.

Its candidate in this group, known only as AZD3293 for now, is in phase 3 trials and was bumped ahead in the drug race this year. It was given fast-track designation from the US Food and Drug Administration, which should help expedite its route to the market.

Although they may be talked about more often, plaques are not the only theory among scientists to explain how Alzheimer's disease occurs.

Another suspect thought to play a key role is a protein known as tau, which forms tangles inside cells in the brain.

The twisted tangles are thought to block the transport of nutrients in cells, causing them to die. But these are formed much later in the disease than the plaques, resulting in faster cognitive decline.

"Tangles actually spread across the brain," said Skovronsky, whose colleagues at Eli Lilly have developed imaging technologies to identify their presence inside the brain. "Our aim is to block their spread ... but it's been more difficult to attack the tangles."

Two of eight drugs Eli Lilly has in development are targeting these tangles inside the brain.

"We didn't have a way of seeing them until now," he said. "(They) develop later, and as people progress through the disease, they get more tangles."

The Alzheimer's Association's Snyder believes the tangles are an important target for effective drug therapies, as they act as a better predictor of dementia symptoms.

A drug recently trialled to bust these tangles was LMTM, by TauRx pharmaceuticals. It failed to reveal significant benefits to patients, but a small group did see improvements in cognitive testing, meaning all was not lost.

Presenting at the conference on Thursday, the company announced it was conducting trials specific to populations that are most likely to benefit -- in this case, patients with mild or probable Alzheimer's disease. "We're hoping for optimistic results coming out of these trials," said Snyder.

But Hardy is not so optimistic, believing that although tau proteins are a good target, this is not the drug to do the job. "Tau is the right target ... (but) that's a terrible drug," he said, questioning the approach of bursting the tangles apart.

With so much in the pipeline, two points are clear: There is unlikely to be one drug that will beat Alzheimer's in all patients affected, and the aging population around the world means a greater number will need them once they become available.

"We will still see millions with the disease ahead. ... It might be then, that in the future, we need to target multiple therapies," Skovronsky said. "We're not giving up on Alzheimer's patients, that's for sure."