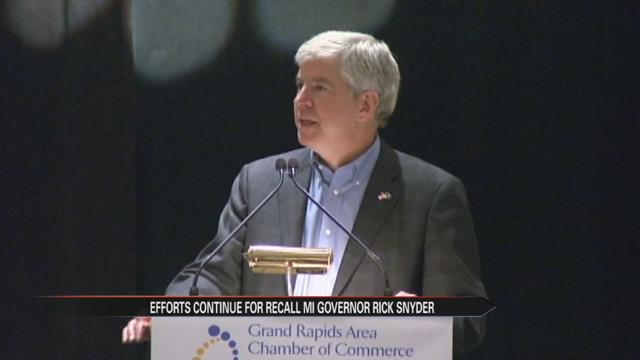 The Rev. David Bullock told The Detroit Free Press that he is “fed up with the way Snyder handled the Flint water emergency.”

According to the Free Press, Bullock admits that his campaign is a long shot but he thinks he has a chance at succeeding.

The campaign began Easter Sunday of this year and has been extended twice.

No new signatures will be accepted after August 20.

Bullock said his petition currently has between 250,000 and 300,000 signatures and must collect more within the next 60 days.

The earliest a recall question could appear on the ballot is May 2017.