Detroit police officer in critical condition after being shot in head 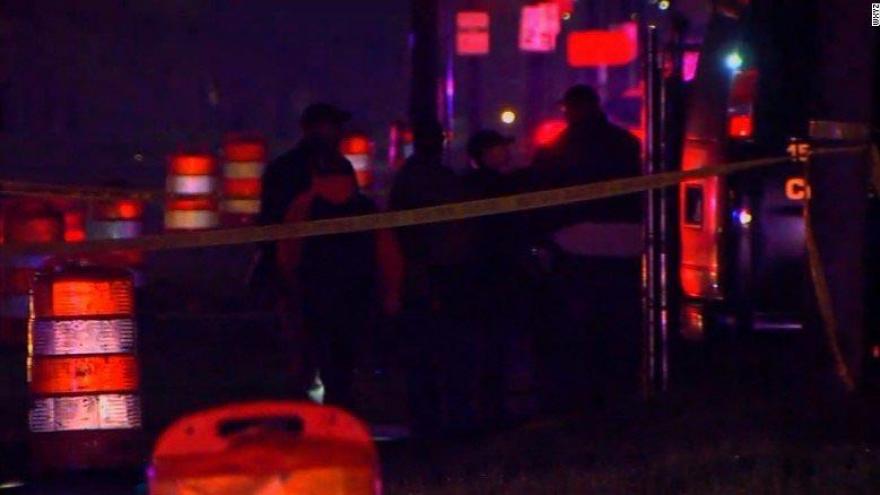 DETROIT, Mich. (CNN/WXYZ)  -- Detroit Police Chief James Craig said an officer who was shot Sunday night is out of surgery and in critical condition.

A friend of the suspected shooter tells Action News that he's never really seen the man lose his temper.

"He keeps to himself sometimes...works well with other people," said Edwin Arocho.

According to Craig, he did speak with the surgeon after the surgery. The alleged suspect was shot and killed after the officer was shot. They are not looking for any more suspects.

The officer was shot Sunday around 10:30 p.m. after he and his partner responded to a domestic violence call on the city's west side near Joy Rd. and Wyoming Rd.

Craig reports that the officer was shot in the back of his head and is dealing with some swelling in the brain after surgery. It is believed that it will take a few days to see if there are signs of progress.

Detroit Police Chief James Craig said the officer who was shot on Sunday night is in surgery and in critical condition at Oakwood Hospital.

According to police, the officer is a 14-year veteran of the Detroit Police Department.

He and his partner, a 6-month veteran of the force, were responding to a domestic situation around 10:30 p.m. in the area of Joy Rd. and Wyoming when they began knocking on the door.

That's when a suspect, believed to be armed with a .25 caliper weapon, emerged from a location and began firing at the officers.

Both officers returned fire, shooting and killing the suspect, described as a 40-45-year-old man.

The officer who was shot suffered a single gunshot wound to the back of the head and was immediately taken to the hospital.

According to the Chief, the suspect may not be involved in the domestic situation at all. The female victim who made the original domestic violence call has no relation to the alleged suspect.

This is the second shooting of a Detroit police officer in less than a month. An officer was shot responding to a burglary two weeks ago.

According to Craig, this is the eighth officer who was shot or hurt in the line of duty in the last year.

In September 2016, Detroit Police Sgt. Kenneth Steil was shot while chasing a suspect, identified as 21-year-old Marquise Cromer. Steil was taken to the hospital but died from medical complications a few days later.

Just over a month later, Detroit Police Officer Myron Jarrett died after getting struck by a vehicle during a chase on the city's west side.

In November, Wayne State University Police Officer Collin Rose was shot and killed after stopping someone on a bike.

The Detroit police officer who was shot is in very critical condition at Oakwood Hospital, according to police.

Police say "Officer were responding to a domestic violence run when the officer was shot."

The alleged suspect in the shooting was shot and killed.

Detroit police tell 7 Action News the suspect who allegedly shot a police officer on Sunday night was shot and killed.

The officer was shot in the 10000 block of Joy Rd. near Oakman on the city's west side.

A Detroit police officer was shot Sunday night on the 10-thousand block of Joy Road.

That's near Joy Road and Oakman.

We're told the officer has been transported to Oakwood Hospital. The extent of his injuries are unknown, police said.

The suspect was shot at the scene, police added.