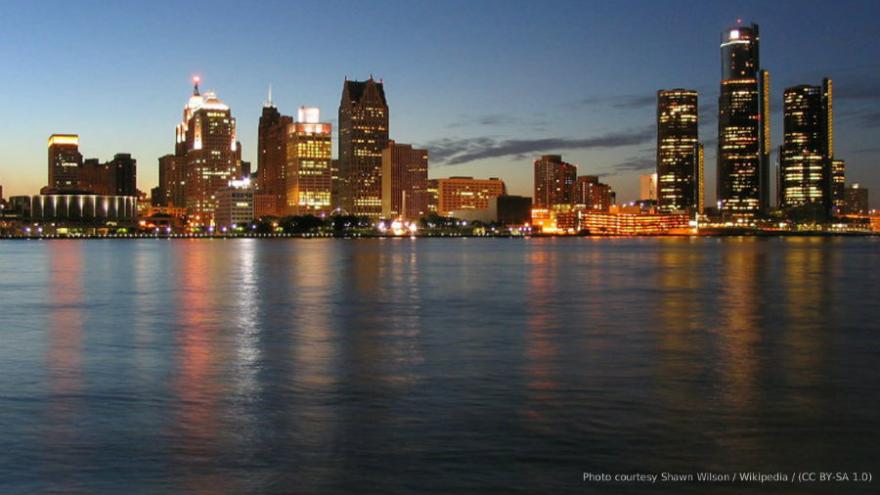 (CNN) -- A priest known as "Detroit's miracle worker" is one step closer to possible sainthood after being beatified by the Catholic Church.

CNN affiliate WXYZ reported 60,000 people gathered Saturday at Detroit's Ford Field stadium for the beatification ceremony of Father Solanus Casey, a Capuchin friar who died in 1957. This was the third time a beatification Mass was performed in the US, according to the United States Conference of Catholic Bishops.

Beatification is the next-to-last step in the sainthood process. It means the candidate can be referred to as "blessed," and that one miracle has been confirmed in his or her name. Another miracle is required for canonization, the formal act of declaring someone a saint.

The church's verification of a first miracle happened five years ago after a woman with a skin condition prayed at the Father Solanus' tomb on Detroit's east side, Father Dan Crosby told WXYZ.

"Sheets, so to speak, of scales just came off her hands and feet. And she obviously knew what this was -- she just cried, and cried in gratitude," he said.

Father Solanus was born Bernard Francis Casey in 1870 in Wisconsin, according to the Capuchin Franciscan Ministry. After serving in New York, he was assigned to the St. Bonaventure Monastery in Detroit where he worked for 20 years.

He helped establish one of the city's Depression-era soup kitchens. Pope Francis called him "a humble and faithful disciple of Christ, tireless in serving the poor," the Catholic News Agency reported.