Director of the Boys and Girls Club asked to resign 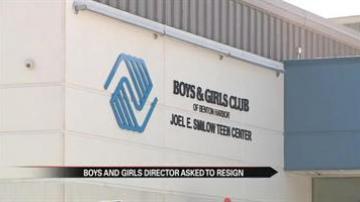 BENTON HARBOR, Mich. -- The Director of the Boys and Girls Club in Benton Harbor was forced to resign after eight years as the director.

For kids and teens in Benton Harbor, the Boys and Girls Club is everything.

It keeps kids off the streets, out of trouble, and connects them with influential adults.

One of those adults, John Howard, worked was the director and also a role model.

Howard was just given an ultimatum, take a benefits package and quit quietly - or be let go.

Commissioner and mayor hopeful Marcus Muhammad posted on his Facebook page that the pressure on Howard to step down started when a picture was printed in the Herald Palladium.

In the picture, you can see Howard in the background at an event supporting Muhammad for mayor.

We are still working to find out why and when Howard was asked to resign from the Boys and Girls Club.

We contacted the chief professional officer of the Boys and Girls Club to find out why Howard was asked to resign and if there are plans for him to be replaced.

We're still waiting to hear back.

John Howard said he is not allowed to talk to the media.