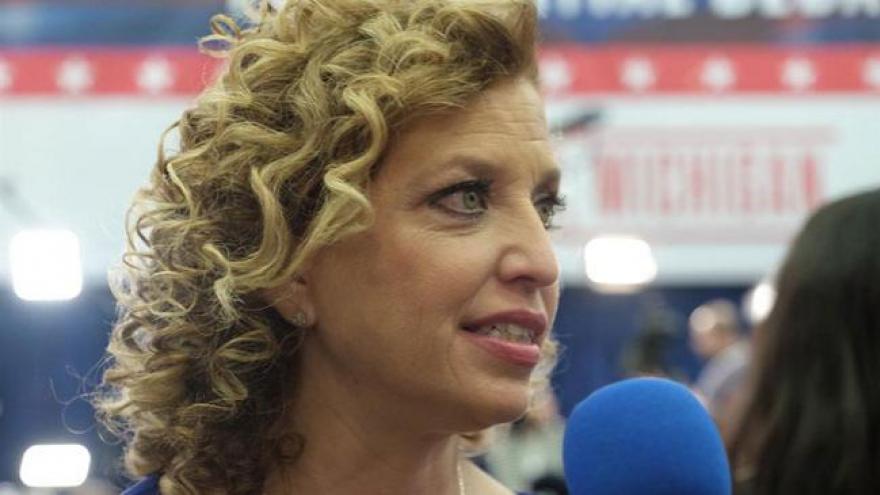 Missouri Sen. Claire McCaskill, one of Hillary Clinton's leading supporters on Capitol Hill, told CNN Wednesday that Wasserman Schultz is seen by supporters of Bernie Sanders as "part of the problem." She said the Florida congresswoman is playing a "starring role" ahead of the Democratic National Convention in July, which is unusual for someone in her position.

"I think this will all get worked out over time," she said. "The role of the DNC chair is always a supportive role, not a starring role, and I think that, because of what has occurred, it's hard for her to avoid a starring role."

Two senior members of the Senate Democratic leadership team -- Chuck Schumer of New York and Debbie Stabenow of Michigan -- refused to say Wednesday whether they have full confidence in Wasserman Schultz.

Meanwhile, three Democrats with ties to the party's power centers -- President Barack Obama, Clinton and Sanders -- made clear that few are rooting for Wasserman Schultz's survival at the DNC.

"If this is the one thing that provides unity, they would take that trade," said one senior Democratic strategist, who has spoken to the White House. "Nobody is rushing to keep her."

Another Democratic adviser close to Clinton said "there is an exhaustion that comes with dealing with her."

The Democrats close to Obama and Clinton both acknowledged that removing Wasserman Schultz would be "messy" and "wouldn't happen easily," but it could certainly be done.

Wasserman Schultz at the center

Wasserman Schultz is at the center of the ongoing war between Clinton and Sanders after she criticized the Vermont senator on CNN last week. Wasserman Schultz said Sanders' tepid response to chaos sparked by his supporters at the Nevada State Democratic Convention was "anything but acceptable" and compared it to a Donald Trump campaign event.

Sanders and his campaign condemned the outburst and death threats his supporters sent to the Nevada chairwoman, but refused to apologize for them. Wasserman Schultz said his decision to complain about how his supporters were treated in Nevada only "added more fuel to the fire."

The DNC didn't immediately comment on developments Wednesday. On Tuesday night, DNC spokesman Luis Miranda downplayed questions from inside the Senate Democratic caucus and instead pointed back to the support from House Minority Leader Nancy Pelosi and other colleagues.

"The real story is you have a bunch of notable U.S. Senators and Members of Congress on the record expressing support for the strong leadership Rep. Debbie Wasserman Schultz has provided at the party, and an anonymous source who disagrees," Miranda said. "She's gonna continue to focus on uniting Democrats and on being an asset to help elect them up and down the ballot in November, just as she's done for many in both chambers."

For Democrats seeking Wasserman Schultz's departure, a big potential downside would be picking her successor.

"What other person could be acceptable?" one of the Democratic sources said.

The Clinton team obviously wants someone they can trust, so finding a candidate who also meets Sanders' approval could be a challenge. And some people on Sanders' team also want to go deeper and remove Barney Frank from the DNC Rules Committee and Connecticut Gov. Dannell Malloy from Platform Committee.

That could topple the whole fight, with Obama and Clinton not eager to give Sanders as much control over a party he just joined.

Still, Wasserman Schultz maintains the support of some prominent Democrats, including Pelosi.

"DNC Chairwoman Wasserman Schultz enjoys the support of Members of the House Democratic Caucus for her leadership in unifying the party and winning in November," Pelosi told CNN.

Pelosi reinforced those comments to reporters on Wednesday

Former Mayor of Philadelphia Michael Nutter, whose city will host the Democratic convention in two months, defended Wasserman Schultz and compared Sanders to an ungrateful guest of the Democratic Party.

"This is like someone who comes to your house, says they don't like the food, your TV is too small and I'm not particularly thrilled with what your kitchen looks like and then walks out complaining," said Nutter, now a CNN contributor. "She's been leading the party, he just became a Democrat and now suddenly believes that he should be in charge."

And a Democratic senator cautioned that there does not appear to be a formal effort to oust Wasserman Schultz and noted any decision would ultimately fall to the campaign of Clinton.

"It is something the caucus has discussed," another senior Senate Democratic aide said Tuesday on condition of anonymity to speak candidly about private discussions. The aide said there was only informal discussion among senators and no coordinated effort, but said "The question is: Has she become too toxic?"

The Hill first reported on the talks among Senate Democrats Tuesday and quoted a series of lawmakers who supported keeping Wasserman Schultz as the chairwoman.

The tension has been visible between Sanders, his campaign and the DNC for months.

Sanders has endorsed Wasserman Schultz's primary challenger, Tim Canova, and began fundraising for him last week and the Sanders campaign has long fought with Wasserman Schultz, at one point suing the DNC over a voter data breach.